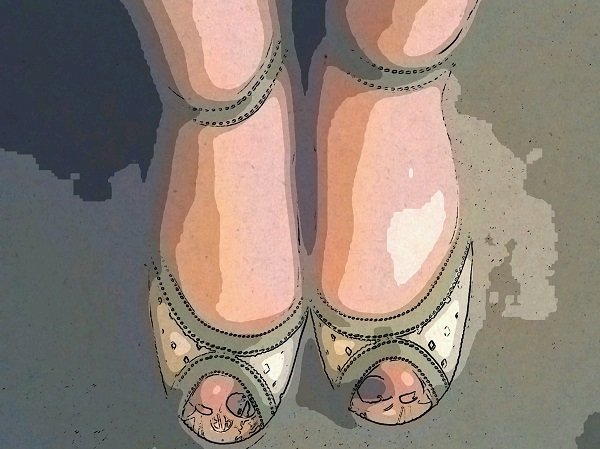 The organizers of MAGIC used to include in their “fun facts” about the giant trade show how many miles of carpet they would lay down for the show. That was back when there were only four trade shows happening in Las Vegas and still everyone would obsess about what shoes to wear and how exhausted we were when it was over.

Now that there are 20 shows spread out over even more venues, I decided to put trade show mileage to the test.

A few weeks before the show, I researched wearable pedometers and eventually decided to purchase a Fitbit Flex. I really liked the idea of the Fitbit Force, which can double as a watch, but apparently those have been recalled. The Nike Fuel band measures everything in “fuel points,” rather than steps, so that ruled that out. The Garmin Vivofit can be worn while swimming, which is a pretty neat feature. But it looks a little bulky and I wasn’t going to have time to swim anyway.

I had an early flight on Aug. 17 and a late return on Aug. 19, so I figured I could use the daily tally to calculate the total number of steps and miles I walked over the course of the show.

Granted, I didn’t make it to every one of the shows (don’t worry, the whole Apparel News team was there—we had it covered), but I got to 15 of them. And I have a footwear strategy—formed over years of covering these shows. I brought two pair of wedge-heeled walking shoes (Fly Londons, to be exact) to alternate each day. And I carried a pair of super-lightweight water shoes (J-41s) in my totebag, just in case I needed a change mid-day and couldn’t get back to the hotel room.

Nearly 25 miles is a respectable total, but the whole point of these fitness bands is to encourage you to beat your best day, right? So in February, I’m going for 40.