Foot in the Door 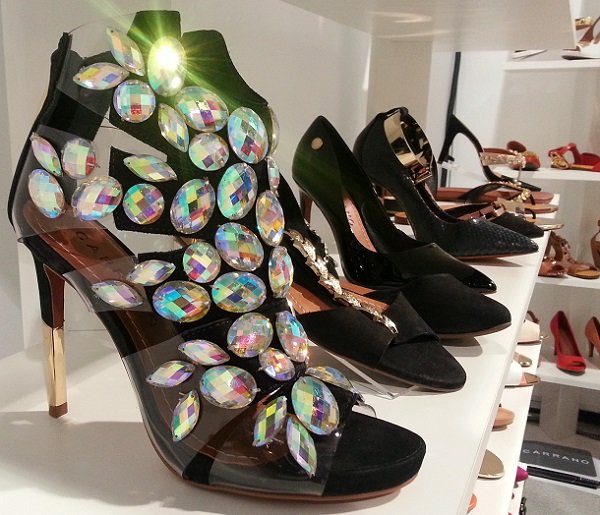 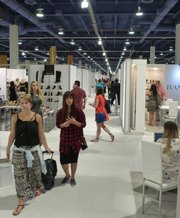 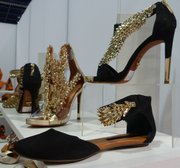 A Carrano "family" of shoes

One of the Carrano styles available at Piperlime 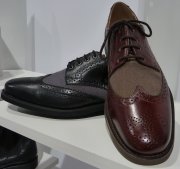 After my recent 25-mile trek through the convention halls of Las Vegas, I have footwear on the brain. No wonder, really, since I started my trade show trip speaking to a group of Brazilian footwear designers.

At the invitation of the California Fashion Association’s Ilse Metchek, I sat on a panel organized by the CFA on behalf of Consulate General of Brazil in Los Angeles and Abicalçados, the Brazilian Footwear Association. Ilse moderated the panel, which included Len Pesko, principal of footwear and branding consultancy Modern Pulse; Tom Gould, senior director of customs & international trade for Sandler, Travis & Rosenberg (and an Apparel News contributor); Scott Shaw, an attorney and shareholder with Call & Jensen; and Mitesh Solanki, a partner with branding, marketing and social media consultancy Creative Intellects.

Our topic was “Understanding Today’s US Market,” and Ilse had some great insight into the market for Brazilian footwear in the U.S. In 2009, Brazil was sending about $381 million in shoes to the U.S., but that figure began dropping in 2010 as many Brazilian footwear makers began sourcing cheaper footwear in China. Even with a Brazilian brand name, these Chinese-made shoes are considered by U.S. Customs to be imports from China. Ilse recommended Brazilian footwear brands produce in Brazil and promote the quality of Brazilian production when selling to U.S. customers.

After the discussion, I had a chance to meet a few of the attendees and visit their booths at FN Platform.

Carrano is a Brazil-made brand with its U.S. distribution based in Miami. Everything is made in Brazil and out of leather—including the sole, if the customer wants it, said company rep Nilsara Piereck, who also distributes Bruno Menegatti and Mary Pepper from the Miami office. Piereck said a meeting last season at FN Platform led to an order from Pipelime for Carrano, but she is hoping to land more U.S. customers for all three lines.

For Carrano, the company likes to design a “family” of shoes—for example, a high-heel style will have a coordinating lower-heel and flat style so the customer can switch from a heel to something lower and still keep the same look.

Brazilian-based and Brazilian-made men’s line Anatomic has great distribution in more than 60 countries in Europe through its London office. The company has been selling in England, Germany, Poland and Scandinavia since it launched in Europe at 2004. In the U.S., the company sells through Nordstrom.com, but Anatomic’s Chief Executive Officer João Conrado said he was at FN Platform to expand his U.S. distribution. New Anatomic styles included mixed-material lace-up boots, leather and herringbone loafers and a fun moccasin/deck shoe in bright blue.

“In my almost 30 years in this industry, my best inspiration almost never comes from a shoe,” she said.

“If you try to use everything, nothing stands out,” she said.

She also advised the group to take advantage of social media and the blogger network.

“Social media gives customers a very big platform to promote your brand,” she said. “Bloggers amplify the voice of today’s brands. They are the brand ambassadors. It’s a way for consumers to speak to the brands and force them to listen. “