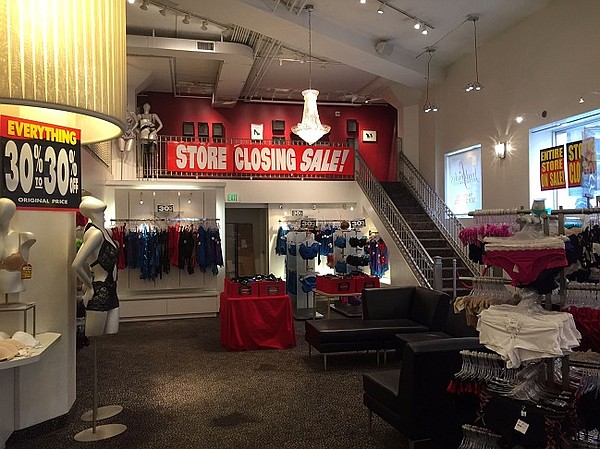 Since 2005, Frederick's of Hollywood has had its flagship store sitting appropriately enough at 6751 Hollywood Blvd., one block away from the Hollywood & Highland retail center and in the heart of the well-trafficked tourist district.

But the lingerie store with a beautiful chandelier has lost its lease and has to move out by April 27, store staffers said. So far, they don't have a new location lined up.

The multi-storied building is being converted into a hotel, one employee said. So the retail chain - with more than 90 stores - has started its store clearance sale with 30 percent off everything.

The sexy lingerie company, started by Frederick Mellinger in 1947, has been a Hollywood institution for more than seven decades. "Can you imagine Frederick's of Hollywood without Hollywood?" noted one store employee.