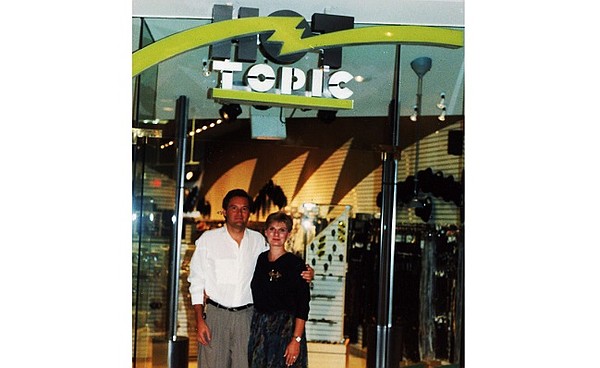 That first Hot Topic store that Orv and LeAnn Madden opened in late 1989 in Montclair, Calif., looks subdued to the hordes of Hot Topic stores out there now.

The garage that started it all

But 25 years later, the retailer that caters to the alternative music crowd and numerous band followers is going strong.

The Maddens, like many budding entrepreneurs, launched their new idea out of a garage and grew the business modestly. Orv Madden had been a vice president at Children's Place before he set out on his own. He followed contemporary music and believed that no one was really in tune with young music worshipers who wanted music-influenced apparel. He set out to remedy that with loud music in the stores and racks of outrageous clothes. Now you can find scores of different bands' T-shirts at the retail chain as well as a wide array of everything from studded leather jewelry to Goth boots or girly dresses, skirts and pants for teenagers.

Madden stayed on as chief executive of the store until 2000. Four years later, he went on to found Metropark, another mall-based store for college graduates and young adults, but the recession put that concept into a tailspin and the company filed for bankruptcy protection three years ago.