Athleisure—Fad or Fashion for the Long Haul? 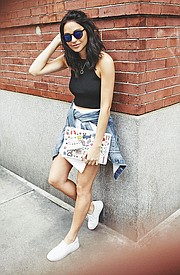 A fleeting trend or a cultural shift? That is the question everyone is asking about the popularity of athleisure clothing.

It is everywhere—in gyms, yoga studios, coffee shops, grocery stores, restaurants, playgrounds, shopping malls and airports. It can even be found in some shape or form in the workplace.

But in three to five years, will consumers grow tired of this category and cast it aside for something entirely different? No one is absolutely sure how long the athleisure trend will be around, but most agree it has room to grow and could morph into other categories.

“The real trends that last, I think, come from deeper things and typically fill a void,” said Jane Buckingham, president of Trendera, a Beverly Hills trend forecasting and brand-strategy company. “I think this athleisure category is actually filling a void and, therefore, will stick around for a while. The void it fills is that area in between workwear and casualwear that is shorts, T-shirts and really unattractive sweatpants.”

In some ways, the athleisure category got its first peek at fashion when Pamela Skaist-Levy and Gela Nash-Taylor launched Juicy Couture in Los Angeles in 1997. Those bedazzled velour track suits sold for $200 and were worn by everyone who was anyone—from celebrity and model Paris Hilton to megawatt entertainer Madonna. The brightly hued suits were accessorized with lots of bling and high-rise heels and were accepted everywhere.

Yoga saw a renewed surge in popularity in the United States about a decade ago. As yoga pants became a staple in many women’s (and men’s) wardrobes, a new trend called athleisure began to take root.

These days, athleisure seems to be in every store—from Target, TopShop and Zara to specialty stores such as Yogasmoga, Beyond Yoga, Athleta and Lululemon Athletica. Canada’s Lululemon, founded in 1998, was one of the retail pioneers in this category. This year, its revenues were $1.8 billion, up from $1.6 billion in 2014.

And every designer seems to be adding his or her twist to the trend. Kate Spade has partnered with Beyond Yoga to produce a clothing line featuring 16 new items, including leggings, bras and camis debuting next spring.

Stella McCartney and Adidas have collaborated on fashionable fitness collections for years, but earlier this year, the designer and the athletic brand joined forces to launch a new, more-affordable athleisure line called StellaSport. 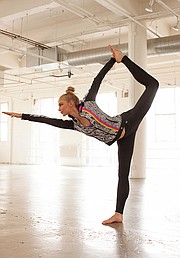 But how long will this trend continue? “I think athleisure is here to stay in one form or another,” noted Clare Varga, director of active at British trend forecaster WGSN. “The reason I think that is because athleisure is a cultural trend and not a fashion trend. It is underpinned by a cultural change to healthy lifestyles and a demand for clothing that is comfortable and functional and will take you from desk to disco. That is what gives it its longevity.”

Varga said athleisure is now a natural way of dressing for the millennial generation between the ages of 18 and 34. “They grew up with health and well-being,” Varga said.

People have fitness apps on their smartphones and smart watches and wear bracelets that measure their heart rate. Juice bars are popping up on every corner, and organic food is now part of mainstream grocery stores.

Trend forecasters observe that athleisure is a natural sweet spot between fashion and sportswear, which hasn’t been lost on big retail chains such as Dillard’s. The Arkansas-based chain just launched Trina Turk Recreation, created by the Los Angeles designer, who lends her name to the label. “It is very colorful, great quality and eye catching,” said Annemarie Dillard, the store’s director of contemporary sportswear and online experience.

With many years of watching trends, Dillard doesn’t see athleisure as a trend but a shift in the evolution of people’s wardrobes. “I think it has staying power and fits with the whole movement that is going on in the modern woman’s life—focusing on health and wellness in general. Apparel is a part of the transformation,” she said.

With more than 300 outposts across the country, Dillard’s is launching its own athleisure component with its private label Gianni Bini.

“Athleisure is just as popular in middle America as anywhere. I can tell you that,” Dillard said. “We are pleased with its growth.”

The athleisure category has become a staple on the online shopping site ShopBop, too. “With major brands like Alexander Wang and Mara Hoffman designing activewear collections, the trend shows no signs of slowing down,” said Lauren Edelstein, ShopBop’s style director.

Athleisure sales have mushroomed, taking a bite out of denim sales. According to The NPD Group, men’s and women’s activewear sales, which include tops, bottoms and athleisure, were up 17 percent to $35.4 billion for the year ending June 2015. During the same period, men’s and women’s sales of blue jeans were down 4 percent to $13.1 billion.

Athleisure is only the beginning, many say, of a movement to fuse fashion with athletics.

Denim makers, envious of athleisure’s popularity, are eying ways to incorporate some of those technical fabrics used in athletic wear into denim clothing.

Paul Guez, a longtime denim guru who started Sasson jeans and was instrumental in getting Joe’s Jeans off the ground, said denim jeans used to have rigid fabric but they are incorporating softer fabrics with more give. “American Eagle Outfitters has super, super stretch jeans. And Replay made a huge ad, hiring five soccer guys to show you can exercise and do different moves in their jeans,” he said.

People are demanding comfort in all their clothes, not just in the athleisure category. Rosemary Brantley, chair of the fashion design department at Otis College of Art and Design in Los Angeles, recently visited Nike’s headquarters and sat in on meetings where the talk was about how to translate the comfort of athleisure into workwear that uses technical fabrics and elements.

“Clothes that go to work are taking on more gussets that breathe and arms that stretch,” she said. “In this meeting, everyone was talking about how this workwear movement is even more powerful than athleisure.”

While women have embraced the athleisure concept, it still hasn’t been snapped up by the children’s and men’s markets. But that will soon change. “I think men’s is about to explode. We haven’t even seen the tip of the iceberg,” said Vargas of WGSN. ‘And we are going to see a boom in kids’ sportswear, which is more of an extension of how parents dress.” 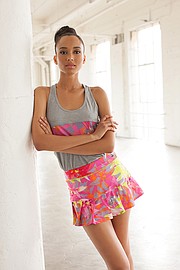