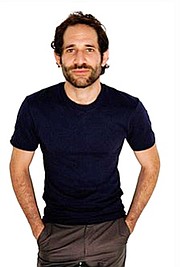 Dov Charney was ousted as the head of American Apparel one year ago. Now, the founder of the company is making a concerted effort to mount a financial army that will help him acquire the company out of bankruptcy.

“I haven’t given up,” Charney said in a phone interview. “A lot of the workers are behind me and a lot of people in the industry.”

Sources close to the plan said Charney is talking to a prominent private-equity firm as well as an individual investor who would help acquire the company. At one time, he owned 40 percent of the company’s stock, but that equity was wiped out when the publicly traded company filed for Chapter 11 bankruptcy protection on Oct. 5. On Nov. 19, American Apparel won approval from the U.S. Bankruptcy Court to submit its reorganization plan to secured creditors for a vote. They have until June 7 to send in their ballots.

American Apparel could emerge from bankruptcy as early as Jan. 20. Under the reorganization plan, the company struck a deal with its secured lenders to reduce American Apparel’s debt through a process called debt-for-equity conversion, which means the company’s bondholders swap their debt for shares in the company and convert it from a publicly traded company to a private entity.

American Apparel’s debt will be reduced from $300 million to no more than $135 million, and annual interest expenses will be decreased by $20 million. The plan has been supported by 95 percent of the secured creditors and is expected to be voted on in January.

Charney will have to submit a plan to the company soon and convince creditors that his deal is better than the one currently being offered. Charney believes the unsecured creditors would be more than willing to listen to his proposal because, under the current reorganization plan, they will be receiving only one cent on the dollar for money owed them.

Charney left American Apparel in December 2014 after a trying time. In June, the board of directors ousted him as the chairman and suspended him as the chief executive and president, pending an investigation into alleged misconduct. He was later fired.

Taking over Charney’s job early this year was Paula Schneider, an industry veteran who has helmed companies such as Speedo USA andLaundry by Shelli Segal. The troubled Los Angeles clothing company was already losing money when Segal took over, and that trend continued.

Sales were down because of major discounting of goods to get rid of slow-moving merchandise, store closings and foreign currency-exchange adjustments.

For the third quarter, American Apparel realized an $18.76 million loss compared with a $19.2 million loss the previous year.

Charney hopes to turn the company around with his proposal. “I may or may not be successful,” he said, “but I will try my best.”