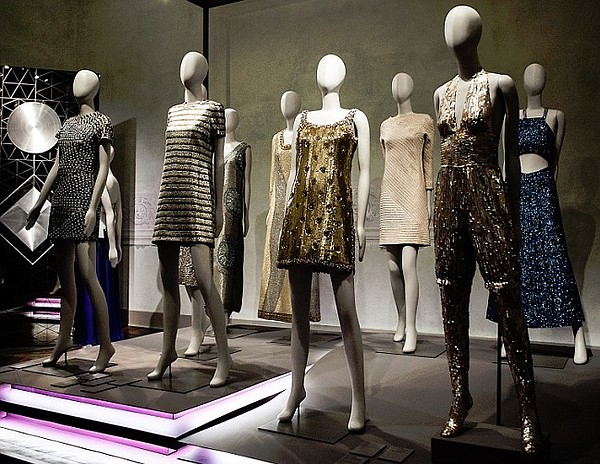 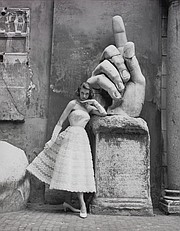 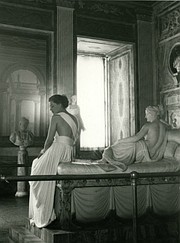 Pasquale De Antonis' 1947 photo of a Sorelle Botti design at the galleria Borghese in Rome.

Those with a love of Italian fashion and warm winters should head to Florida in February for the opening of the “Bellissima: Italy and High Fashion 1945 – 1968” exhibition at the NSU Art Museum Fort Lauderdale.

“This moment in history laid the foundation for Italy’s future ready-to-wear fashion, and the exhibition traces its beginnings within the social and cultural context,” Tonchi said in a museum release. “The high fashion of that time was grounded in a strong sense of reality: They were luxury creations, but nonetheless practical; precious, embroidered textiles that had a certain simplicity; short cocktail dresses that allowed for movement; and warm, roomy coats accompanied by oversized handbags. This awareness of reality created an opportunity for a fashion system that truly served its patrons, with garments designed for the life of the modern woman.”

On display will more than 230 designer garments, from ballgowns to cocktail dresses and haute daywear including suite and coats. There are designs created for actresses such as Ava Gardner, Anita Ekberg, Ingrid Bergman, Lana Turner, Kim Novak and Anna Magnani

The exhibition also includes made in Italy accessories, including costume jewelry, shoes, hats and handbags by designers and labels such as Coppola e Toppo, Ferragamo, Fragiacomo, Gucci and Roberta da Camerino.

Bulgari will present a showcase of one-of-kind jewels from the period, as well.

The exhibition also charts the rise of Italian cinema by filmmakers such as Federico Fellini, Luchino Visconti and Michelangelo Antonioni, and Italian art by artists such as Luciano Fontana.