As many boutiques were anticipating the winter holiday retail season winding down, made-in-Los Angeles brand Avocado was just getting started. It opened its first store on Dec. 22.

Formerly a residence and an office space, the store is located at 1348 Abbot Kinney Blvd. Avocado sells yoga and athleisure clothes for women, said Ki Chung, the general manager of the brand, which also runs an e-commerce boutique (www.shopavocado.com).

Retail price points range from $20 to $80 for the brand. About 70 percent of its garments do not feature seams. The seamless garments feel better on the skin, Chung said. A top-selling item for the brand is its tank top, which is offered in 50 different colorways. 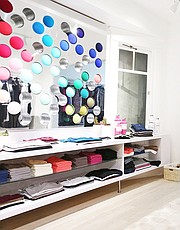 Avocado’s parent company also makes Nikibiki, a women’s line, which offers popularly priced items that range from dresses to outerwear. The 15-year-old company also offers plus sizes. Chung said that his company formed the Avocado line to break into a higher-end market. However, Avocado seeks to sell its athleisure clothes at a competitive price point. 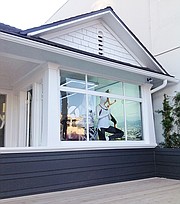