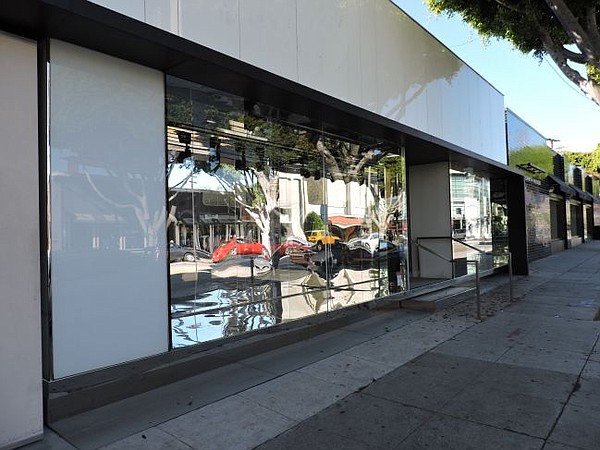 The site of the former Gregory's boutique on Robertson Boulevard.

Jay Andrews, a Gregory’s Director of Menswear, confirmed that the boutique on 147 N. Robertson Blvd. was closed. Andrews said that the Texas-headquartered retailer let its lease expire. The retailer is scouting locations for another Los Angeles area shop and continues to run a Gregory’s boutique at the Fred Segal boutique compound on Melrose Avenue.

Gregory’s moved onto Robertson Boulevard in 2012. Andrews, who had formerly worked as a buyer for another Robertson boutique, Kitson, said that foot traffic had been steadily declining on the high profile shopping street in the past few years. But he also forecast that Robertson could regain some of the excitement from its heyday before the Great Recession.

“All it would take is a popular restaurant to take the now vacant Newsroom location, (Newsroom Café, an emporium sized restaurant, formerly located at 120 N. Robertson) and a few landlords to make some rent concessions to make it easier on retailers - and BOOM… Robertson could explode again,” Andrews wrote in an email.

The remains of a Gregory's sign on its former Robertson Boulevard location.