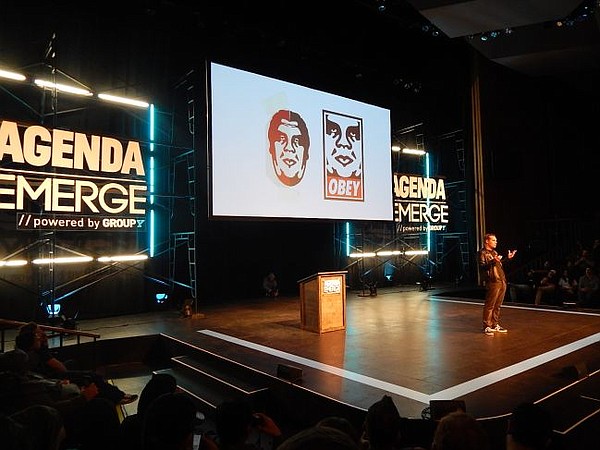 Agenda Emerge: Under the Hood of Nike, Obey and Hurley

What makes anyone tick? What gives the regular guy the moxie to start a successful business, or even make the giant leap to being a visionary in that business?

Those were some of the questions asked at the 4th Annual Agenda Emerge Conference, presented Jan. 6 to a full house at the 825 seat Center Theater at the Long Beach Convention Center, right after the Agenda trade show shut down after another successful run.

The big questions weren’t exactly answered at this Ted talks for the skate, surf and streetwear world, which was produced by Group Y, a youth marketing collective. But the event’s speakers talked about their storied careers. Speaking were Shepard Fairey, founder of Obey Giant, and artist behind the iconic “Hope” portrait of Obama, Bob Hurley, surf pioneer and founder of Hurley, Tinker Hatfield, vice president of innovation and creative concept at Nike, as well as one of the minds behind Nike’s Air Jordan shoes.

For many in the packed audience, Emerge was a chance to listen live to people who influenced the way that they see the world. Past the wild and wooly stories of creating something new, all of the speakers shared a sharp focus on their artistic and/or business vision. Most encouraged the audience to collaborate with others to create something new. All shared a stubborn refusal to quit.

“When they tell you that you can’t do this, it just fueled the fire,” Stecyk told the crowd. “Oh yeah? Sit back and watch.”

Bob and Ryan Hurley share a laugh at Agenda Emerge. 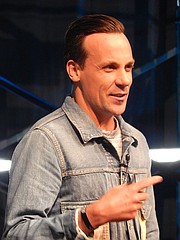