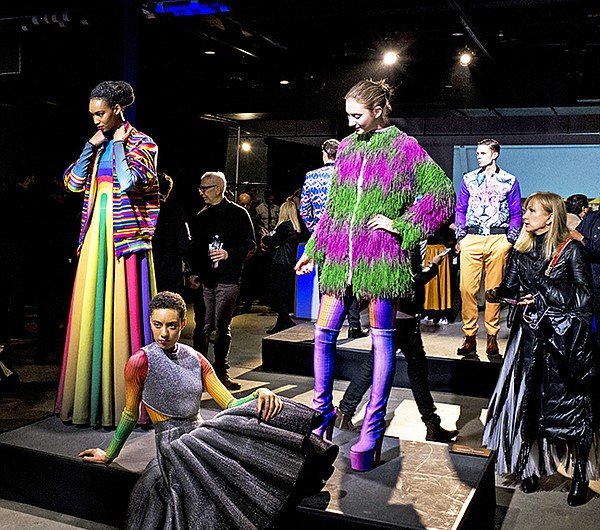 “They’re opening new doors,” said Trujillo of Epson, whose dye-sublimation and direct-to-garment technologies have enabled her artwork to be quickly and 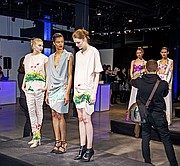 “You can see the vibrancy and brushstrokes on the prints,” Trujillo added, pointing to a galaxy-inspired purple and red halter dress. She adds that the

original artwork appeared on a surfboard.

Trujillo—who started as an accessories designer in 2011—counts Colette Paris as the first retailer to carry her scarves.

“It’s a new era,” she says. “Now I can be a clothing designer not just an accessories designer.”

Another selected designer, Cristina Ruales of Brooklyn, N.Y., who made her first editorial appearance in Vogue, showed an eponymous collection

“The main difference is the freedom to have many colors and tiny complex details in a print without the limitation of screens,” said Ruales, who printed

Patrick Jacobs’ artwork on her designs. 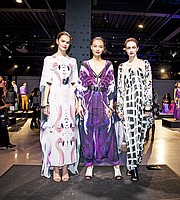 Miami-based designer Danny Santiago, who has dressed celebrities such as Madonna and Prince, showed his Miami-inspired line, “Santika.”

“My prints are inspired by Miami and are photos that I took and digitally manipulated,” Santiago said. “It’s been a real treat seeing my creation come to

Epson chose the 11 designers based on their use of dye sublimation printing technology in their designs, with final designers selected by a jury of Epson

enjoys a partnership with Robustelli, a company at the forefront of digital textile printers. 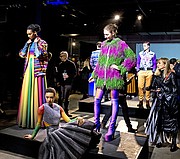 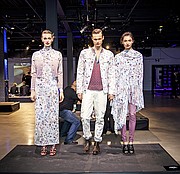 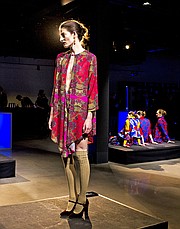