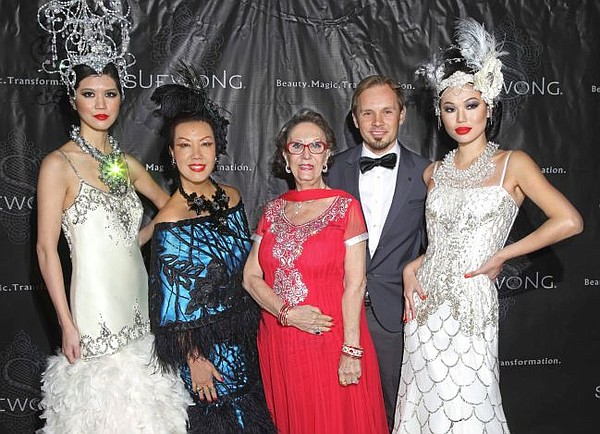 The party’s theme was Old Hollywood glamour. Models walked through the party wearing Sue Wong evening wear, which has a classic Hollywood feel, and headdresses with a roaring ‘20s panache. The event took place at The Cedars, Wong’s ornate home which features frescoed ceilings and antique furnishings. 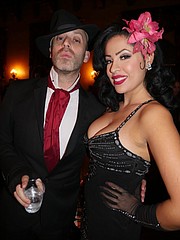