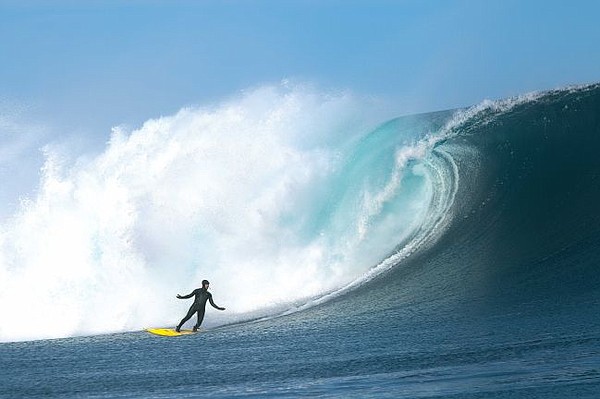 Neoprene started a revolution in surfing. The fabric allowed surfers to remain in cold water for hours. So they were able to perfect their wave riding technique without getting a headache, or freezing and become a teeth chattering mess.

Sounds like a good deal? Yes, but the folks at the Patagonia brand noted that neoprene is a petroleum based fabric. Patagonia is part of a wide movement to scale back petroleum use, which has been blamed for climate change.

Fast forward to the Agenda trade show in Long Beach, Calif. on Jan. 7, and Patagonia exhibited what it calls the world’s first neoprene wetsuit. The neoprene-free Yulex wetsuit is made out of natural rubber that was developed by the Yulex Corporation and the non-profit Forest Stewardship Council, said Hub Hubbard, a product line manager for Patagonia.

“Surfers and wetsuit manufacturers – including Patagonia – have relied on neoprene for years, despite the fact that it’s a non-renewable, petroleum-based material with an energy-intensive manufacturing process,” Hubbard said in a statement. “Neoprene is nasty stuff, but for a long time we had no alternative. Through our partnership with Yulex we’ve invested in a plant-based game-changer and built it into our entire wetsuit line – saying goodbye to neoprene forever.”