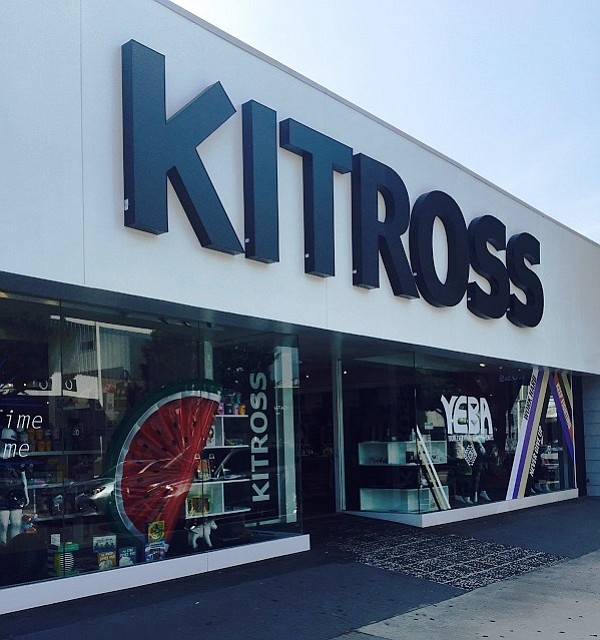 Robertson retail chain Kitson may be gone. But in its place is Kitross, the new retail boutique opened by original Kitson owner Fraser Ross.

The new store—open in the same 5,000-square-foot spot at the original Kitson—has a new look and a merchandise lineup accessories and apparel for women, men and kids as well as gift items—many with a focus on pop culture.

Ross opened the first Kitson store in 2000, eventually growing the chain to 17 stores and online shop. Ross said he left the store he founded last fall after serving as a consultant to the retail chain for six months.

There were rumors that a bankruptcy was imminent, until the chain received an investment from BHK Investments LLC, an affiliate of Spencer Spirit Holdings Inc., the 650-store fleet of mall-based novelty gift shops Spencer Gifts and Spirit Halloween Superstores. But in December, the Kitson chain unexpectedly shuttered.

In May, Ross resurfaced when he announced plans to return to retail with a new store and a new name in his old familiar stomping ground.