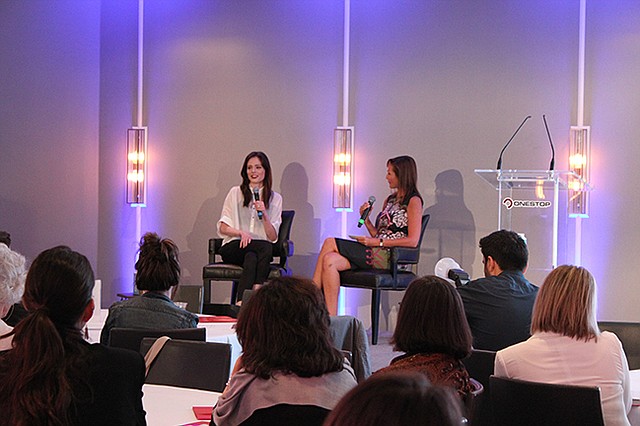 Before the World Wide Web, marketing was relatively simple. Companies chose their paths and consumers naturally followed because, frankly, they did not have another option. But today—with real-time feedback, increasing transparency in supply chains and sponsored content—consumers are more educated and are calling the shots about what they want to buy and when they want to buy it.

That was the message of online-marketing experts and top executives from various tech and fashion companies who converged at the Onestop Emerge Summit in Manhattan Beach, Calif., on May 31 to gain insights on personalizing user experience, using social media to drive measurable acquisition ROI and leveraging customer feedback to increase conversion, among other topics.

The common thread among most of the speakers: Listen to your customer and remain authentic in all aspects—from the tone you use in your social media to facilitating the omni-channel user experience.

E-commerce solutions provider Onestop opened discussions with its newest retail survey, highlighting the significance of transparency. “Consumers are two times more likely to buy from brands that are eco-friendly than those that are endorsed by a celebrity,” according to the survey.

Keynote speaker Gerry O’Brion, author of What Big Brands Know, used a case study involving Blockbuster video stores and Netflix direct delivery and streaming content. O’Brion emphasized that successful companies are good at spotting where the next step will be. He painted the picture of how easy it was for Netflix to disrupt the movie-rental industry by listening to what its customers wanted.

Customers did not like driving to a location only to find the movie they wanted to rent was out of stock. Plus, late-return fees were a burden no one wanted.

Blockbuster’s business model worked for years and, at first, it was able to ignore consumer complaints. But eventually another company—Netflix—realized consumers wanted DVDs delivered to them via mail. When shipping DVDs back and forth became less convenient for customers than on-demand content, Netflix adapted by offering online streaming. Today, Netflix is keeping itself ahead of the curve (for the time being, O’Brion, noted) by giving consumers what they want: commercial-free watching, which created the “binge-watching” phenomenon.

“Eighty five percent of consumers say they will pay 5 percent to 25 percent more over the standard for a better experience,” O’Brion said. “We are at an intersection of products and experiences, with the only constant in business is change.”

Supermodel Coco Rocha, who has been a hands-on pioneer in the digital space both personally as her own brand and in conjunction with world-famous fashion houses, closed the summit by speaking about how technology is sparking changes in which the fashion industry functions as well as about her personal experiences with online engagement.

Rocha echoed O’Brion’s points about the user experience, citing how fashion shows are no longer for a select group of elites. Now anyone, anywhere, is now to live-stream fashion shows online. While consumers love the inclusivity, fashion is behind in the way that houses are still showing collections six months out. This leads to two main issues, Rocha said. As consumers becoming accustomed to everything being on-demand, they do not want to have to wait six months to purchase the collections, which causes restlessness. The second issue Rocha pointed out is that six months is more than enough time for fast-fashion companies to knock off covet-worthy designs.

Rocha praised Marc Jacobs and other designers who are talking about beginning to show their collections at the start of the season, which will not allow for mass production but rather cut-to-order limited quantities of each season.

“I am excited to see how 3-D printing will change production,” she said.

Rocha, who currently runs 15 different social-media channels, also had some advice for businesses looking to engage consumers through social media.

“Don’t tell people what to do or buy because they will unfollow and disengage,” she said. “Use your own voice, be authentic and show your experiences because that is what people want to connect and interact with.”

Rocha told attendees when she posts a deliberate advertisement or advocates for something that is not a natural extension of her, she unwillingly loses a small part of her audience and inevitably a handful of people, if not more, will unfollow.

To close, Rocha used a recent example of a situation that organically boosted her number of followers and heightened excited engagements.

“A couple months ago I went to the Oscars,” she said. “I already knew what I was going to wear but wanted to make my followers feel included while I was getting ready. I posted pictures of three dresses and asked my audience which dress they think I should wear. I saw a huge increase in followers, likes and comments instantly. My followers valued that I was reaching out to them for their opinion. It was a very positive experience all around.