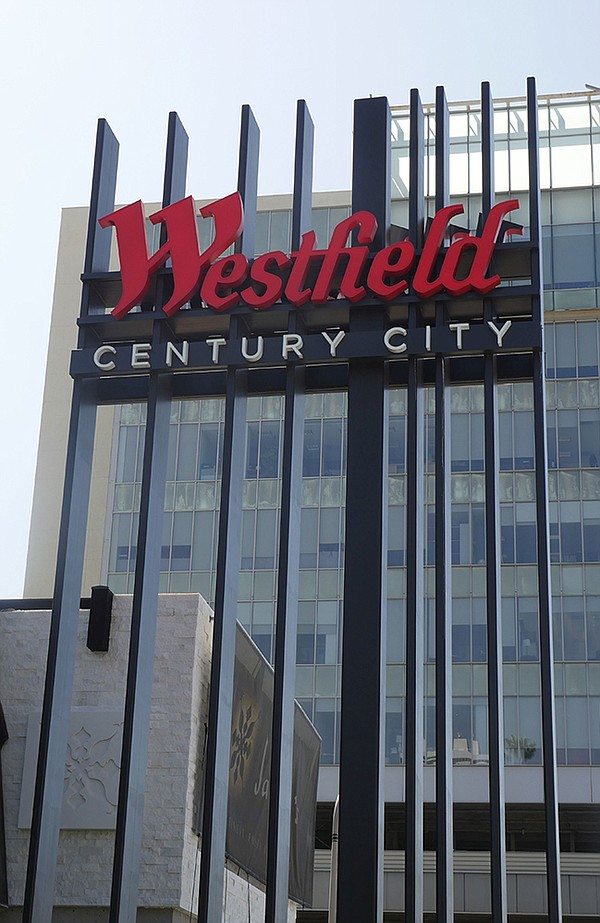 Westfield Corp. marked the finish of a $1 billion remodel of its Westfield Century City retail center in Los Angeles with a gala event Oct. 3, featuring appearances by Los Angeles Mayor Eric Garcetti and 1970s hitmakers The Village People. The event took place at a new performance space called The Atrium, located by the center’s full-line Nordstrom, which also opened for business on Oct. 3.

The new design features larger windows and skylights to allow more natural light to come into the store. Instead of carpeted floors, the new Nordstrom has tiled floors that will allow more flexibility to move around installations, fixtures and displays.

The new store will feature exclusives and focus on omni-channel retail. Westfield Century City’s Nordstrom will be the first to offer a Nordstrom x Nike boutique, which will offer exclusive and limited-edition women’s Nike merchandise. It also will feature the second Space boutique, which features styles from emerging designers and high-end designers such as Acne Studio and Simone Rocha. Both boutiques were put together by Olivia Kim, Nordstrom’s vice president of creative projects.

The store will display new features such as mannequins made in the forms of various body shapes, including plus sizes. The retailer requested some brand partners to expand sizing up to 18. The program was launched in the Century City store. By the holiday season it will be rolled out to Nordstrom.com. Eventually the extended-sizing program will be rolled out to other full-line Nordstroms, a store representative said.

For omni-channel, the store will offer a buy-online-pick-up-in-store feature as well as a curbside pick-up service, where shoppers can buy something online and make an appointment for the item to be delivered to their car while they wait outside the retail center. For an added $15 fee, shoppers can request that items be delivered to their homes for a two-hour delivery or same-day delivery.

Also at the retail center are performance and fine-art attractions that aim to attract consumers to the 1.3 million-square-foot campus, which is a five-minute drive from designer shopping on Rodeo Drive in Beverly Hills.

The price tag for the remodel is a vote of confidence in the retail center at a time when the traditional mall business model is changing and mall traffic has been in decline.

For William Hecht, chief operating officer of Westfield’s American operations, the massive renovation of Westfield Century City is a rethinking of the purpose of retail centers and what attracts people to retail centers.

“We’re going to give people a reason to come to the center at least two to three times a week,” he said.

Hecht and his colleagues forecast that the new tenant mix will compel people to visit the mall more and, subsequently, buy more fashion.

Westfield is riding a new wave of mall development, said Paco Underhill, an environmental psychologist, author of the book “Call of the Mall” and chief executive officer of market-research firm Envirosell.

“The reason for a mall to exist is not just to rake in rent, it’s to set the tone for the lifestyle of the apartments and offices around it,” Underhill said.

Westfield believes that groceries and food will give people more reasons to visit a mall. Gelson’s supermarket has been a longtime tenant at Westfield Century City. Eataly, an Italian culinary market and a food hall, is scheduled to open this fall. It will be the first Eataly on the West Coast. Restaurants include the Taiwanese cult favorite Din Tai Fung, which attracts crowds of people at high-end retail centers in Southern California such as South Coast Plaza and The Americana at Brand.

The UCLA Health Clinic will offer urgent care and family medicine at Westfield Century City. Another tenant is Forward, a private clinic. There’s also Next Health, a cryotherapy lab that offers IV drips and vitamins. Westfield Century City will be a place to work out as well. Luxe gym Equinox opened in 2016. Also on the site are a Gloveworx boxing studio and a Caudalie Paris spa, which offers skin creams based on extracts from grapes.

Entertainment will also be a big deal at Westfield Century City. Westfield hired Tony Award–winning producer Scott Sanders to produce events on the campus. It also developed partnerships with the Los Angeles County Museum of Art and the Annenberg Space for Photography to install fine art and photography at the retail center. For industry insiders, the mall will offer studio services for film and television productions for wardrobe purchases.

The redesigned center now has more places to lounge and hang out. Design guru Kelly Wearstler planned park-like spaces with teakwood furniture where shoppers can relax. The retail center’s flooring features Moroccan tile. There are reflecting pools and a long table for communal seating at The Atrium, where performances and public events take place at the center. Digital media screens around the center will show live broadcasts of events.

Transit is a consideration at Westfield Century City. There is an Uber lounge, where the ride company’s drivers can drop off and pick up people. A Purple Line light-rail station is scheduled to open in 2024.

The sprawling center features 200 shops, including new retailers and companies with just a few doors.

There are also new stores for brands such as neo-preppie Vineyard Vines, Canadian retailers Aritzia and Oak + Fort, golf lifestyle brand TravisMatthew, and Dutch custom-suit shop Suitsupply, which features a service where shoppers can make their own suits. Also on site is a 1,100-square-foot pop-up space for new retailers.

The boutiques will be anchored by three major department stores. Macy’s and Bloomingdale’s both unveiled extensive remodels in April and November 2016, respectively. Nordstrom unveiled a new design concept with increased natural lighting, concierge desks, an expanded beauty department and unique boutiques such as Nordstrom x Nike, a special Nike store for Nordstrom.

Hecht hopes that Westfield Century City will attract people from throughout the state. But its main draw will be residents of the well-to-do Westside districts of Cheviot Hills, Beverly Hills and Bel-Air. Other big draws will be people staying in luxe hotels such as the Beverly Hilton, which recently completed an $80 million renovation, and the neighboring Waldorf Astoria, which opened in June and is adjacent to the Beverly Hilton.

Westfield is on the move with its high-end centers. It will unveil extensive renovations at its Westfield UTC center in La Jolla, Calif., this month and its Westfield Valley Fair center in Northern California in 2018 and 2019, according to a company website.