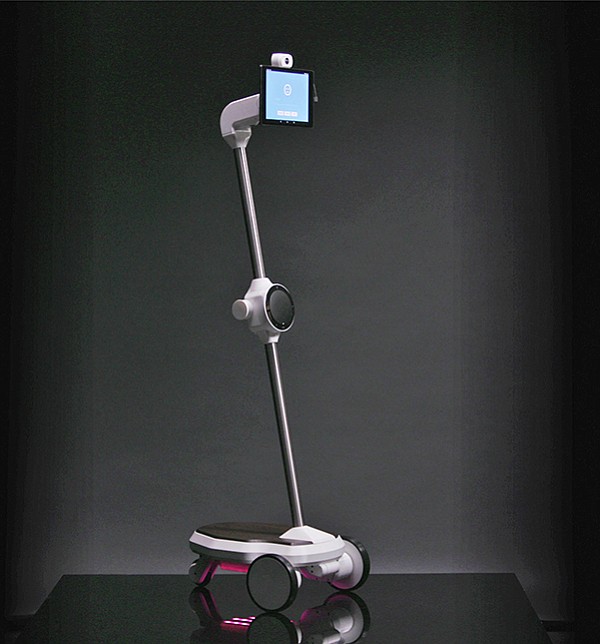 When London Fashion Week starts this year, there will be something new on the runway: robots showing some of a Los Angeles designer’s collection.

Los Angeles–based designer Honee is collaborating with Silicon Valley’s OhmniLabs and Kambria to bring robots to the runway for the first time in the event’s history.

The House of Honee runwayshows will have 22 human models and four robotic counterparts from OhmniLabs showcasing designs during the House of iKons–produced event scheduled for Sept. 15 at the Millennium Gloucester London Hotel.

“We are marrying two industries that are completely on two opposite ends of the scale to do this show,” said Savita Kaye, chief executive officer of Lady K Enterprises and House of iKons. “OhmniLabs is this new, innovative company that thinks outside the box and is willing to take on new ideas. Honee is a fashion designer, but she is a creative, artistic genius.”

Known for dramatic, vibrant styles, Honee built her Spring/Summer 2019 collection upon the same foundation of creating artful pieces in vibrant colors, but for this season she is making them more wearable.

“Most of my pieces that I’ve done before were more artful and out of the ordinary in terms of everyday wear,” she said. “I think this time—because I want to showcase the ability to interact with the now and present—most of my pieces are still ultra-hyped but commercially viable.”

An industrial designer by trade, Honee studied at The Art Institute of California but was born in China and raised in Vietnam and New York City. She values language, a focus evident in this collection, which she has named AI as a nod to the artificial intelligence that will be found on the runway but also the word ái—the Chinese and Vietnamese word for love.

“Fashion is a language that is common to all,” Honee said. “We can all speak the same language of fashion. I am using it to voice my thoughts on various topics. Mostly it’s social commentary to get my voice across through the medium of fabrics.”

During her upcoming shows, Honee hopes to show the public that technological advancements such as AI aren’t futuristic concepts. These resources are here, reaching the level of importance in contemporary human life that the designer feels is similar to a beloved deity.

While she emphasizes human reliance on technology, Honee hopes to show that robotics should be embraced. When used properly, she feels robotics can provide tools for completing menial tasks and chores, thereby affording more freedom for humans to engage in activities that they love, which produces greater joy.

As a manufacturer of robots that have traditionally aided in healthcare, OhmniLabs and Kambria are now ready to move into this unfamiliar but welcome new space.

“We launched the OhmniLab robotic product line about two years ago and the original launch was to connect people,” said Dhana Pawar, OhmniLabs’ marketing director.

The robot uses technology similar to video conferencing to create a telepresence of a remote human user who is located in a different location than the machine. Through a tablet positioned at the top of the machine, serving as the head and face, humans can interact with each other through the robot, simulating an onsite meeting.

Use of this technology was originally intended for healthcare purposes, providing assistance to seniors and mobility to ill children. Through outfitting robots in clothing from a Spring/Summer 2019 fashion collection, Pawar sees an opportunity to expand the potential of her company’s products.

“When we were asked if we would be willing to have our robots walk down the runway at London Fashion Week in Honee’s one-of-a-kind designs, we just jumped at it,” she said. “It was an extension of what we were already doing, connecting people with technology and making it available to everybody. What better way to do it than with fashion?”

Despite her affinity for technology and the excitement surrounding her upcoming show, Honee has no intention of exclusively using robots on her runway in the future.

“There is something fascinating about the way a body moves,” she said. “There is no way a robot can give us that. The energy from a robot is always very synthetic. The energy from human beings—it’s living, breathing, different. You can never replace that.”

As for her designs that will be featured in this collection, Honee was keeping most of the details confidential. The designer revealed that she will contrast the appearance of her high-tech models with natural textiles by using cotton, silk, leather and feathers in bold colors and an array of silhouettes.

“People will expect something that is high tech. I am trying to say that we are going to marry the inorganic with the organic,” she explained. “When you wear a piece of Honee, you should feel that you’re wearing a piece of artwork.”