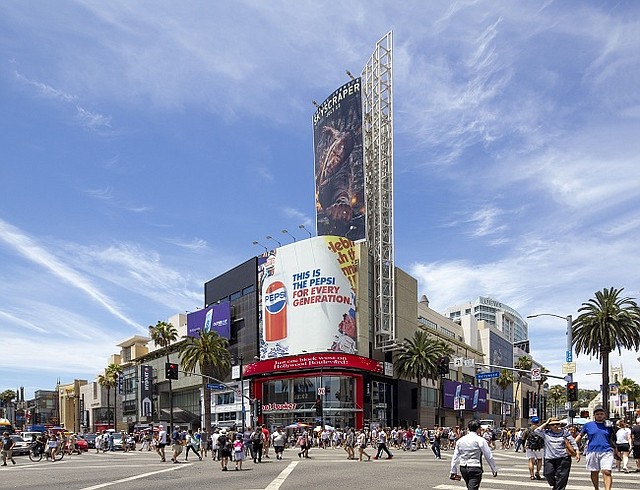 After a 15-year run of managing the Hollywood & Highland retail center by tourist landmark the TCL Chinese Theatre, the CIM Group announced that it has sold the mall, which features an architectural theme of early-20th-century film-industry glamour.

The property was acquired for an undisclosed amount by real-estate developers DJM and Gaw Capital USA. This recent sale does not include the Dolby Theatre at Hollywood & Highland, where the Academy Awards ceremony is produced. CIM will remain the owner of the 3,400-seat auditorium.

Renovation of the mall will begin in 2020, and the remodel will be wrapped up in 2021, according to a joint statement by DJM and Gaw. The announcement did not mention a price tag for the redevelopment. However, the new owners maintain reputations as masters of remodeling.

“Our opportunity as the new stewards is to make Hollywood & Highland a 21st-century destination, one that offers visitors a piece of Hollywood that is grounded by the needs of the modern consumer,” Parton said in a statement. “A fresh design and rebrand bolstered by relevant global brands, top-of-the-line food-and-beverage experiences, and a state-of-the-art digital concept is merely the beginning of our plans.”

The Hollywood & Highland retail center was developed as a place that would attract tourists, a natural thought since it is located near one of Los Angeles’ big tourist attractions. However, the retail center was a victim of bad timing. It opened a few months after the September 11 terrorist attacks on New York City in 2001, which caused a slowdown in travel and hospitality across the United States.

In 2004, CIM took over operations for the mall, which was originally valued at $630 million. In an interview with the California Apparel News, CIM’s Shaul Kuba, co-founder and principal of CIM, said that the space would follow a new direction and serve the area as a fashion mall, which would attract local residents as well as tourists.

Various apparel and high-fashion brands such as Louis Vuitton and BCBGMaxAzria have run shops at Hollywood & Highland. In the past year, a number of high-profile specialty chains have left, including Oakley and American Eagle Outfitters. The tenant roster currently includes Victoria’s Secret, Skechers, Hot Topic and Guess.

Kuba said that CIM guided the property through a crucial time.

“CIM’s repositioning of Hollywood & Highland increased its visibility and provided a stable anchor for the resurgence of Hollywood,” he said in a statement. “The development was envisioned as a catalytic project that would propel private investment and development in the community. We believe we have fulfilled this mission and established Hollywood & Highland as a major economic generator for the City of Los Angeles.”