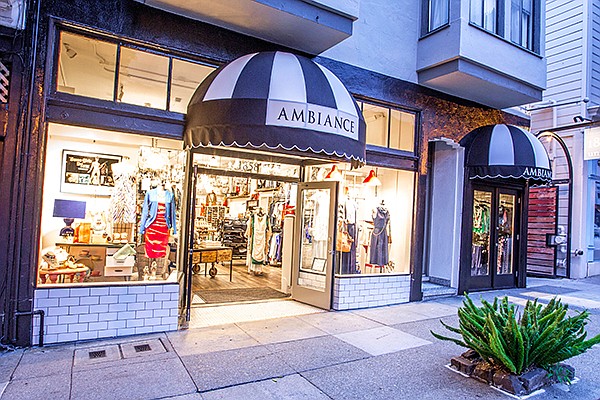 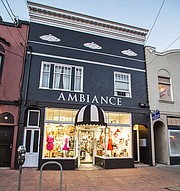 In 1983, Ambiance San Francisco opened with vintage-inspired fashions that attracted locals and tourists to San Francisco’s Haight-Ashbury district, a neighborhood still celebrated as the center of the hippie culture’s “Summer of Love” in 1967. Upon acquiring the store from founder Gloria Garret in 1996, retailers Donna and Kieran O’Leary found great success with Ambiance’s location at 1458 Haight St.

“It was retail nirvana,” Donna remembered. “You could do no wrong.”

Locals and tourists liked how Ambiance’s vintage-inspired style blended in with the city’s bohemian history. In a couple of years, the O’Learys almost quadrupled their sales with the Haight-Ashbury store.

They felt confident enough to take a risk on another location in 1999, opening a shop in San Francisco’s Noe Valley district, which eventually moved to 3979 24th St. Around 2002, they opened a third location at 1858 Union St. in San Francisco’s Marina District, with a fourth shop following in 2012, at 756 Irving St., in the Inner Sunset district. Ambiance’s four locations are defined by black-and-white awnings hanging over the shop entrances.

Ambiance remains a big, independent operation, employing 55 people, but San Francisco specialty retailers have been hit with something of a double whammy. Across the nation, the retail business is in an upheaval as retailers look for new ways to do business. And many San Francisco retailers have had to change their styles because the city’s culture has changed in the past decade, explained Donna. The tech boom has brought in a new population of people who are not inspired by the bohemian San Francisco style of the past.

“You get used to a formula and it goes away,” Donna said of past fashion and business models. “You have to look at every different piece of what you do and tear it up. It goes right down to the music played in the stores.”

Donna said that she would not accept conventional wisdom, even from the current digital era, bypassing an e-commerce model. She contends that e-commerce often is better suited to much larger retail operations. For independent retailers with less infrastructure, she believes websites work best as marketing tools.

“[Consumers] see it online. Then they come in-store,” she said of promoting store merchandise.

The human touch is crucial at Ambiance, and the O’Learys invested in those details to compete in the market. In 2017, the retailer introduced Ambi-Care, a service where the retailer’s stylists put together boxes of goods for customers who moved out of the city.

“They talk to the customer one-on-one,” Donna said. “They call consumers and ask, ‘Are you ready for another one? How often should we send it?’”

The retailer also offers appointments with private stylists as well as shopping parties. For parties, a shop’s doors are shut for a couple of hours. The boutique is reserved for shopping parties ranging from bachelorette celebrations to birthday festivities. Partygoers are served food and drinks during the private shopping event. They are also given a 10 percent discount off of any goods they purchase. Hostesses of these parties receive a $50 gift certificate.

Customer-loyalty programs are another big initiative at the boutique. Ambiance salespeople send texts and handwritten notes to inform clients of happenings at the store and often promote the store credit customers have accumulated. This strategy of wrangling store credit pays dividends.