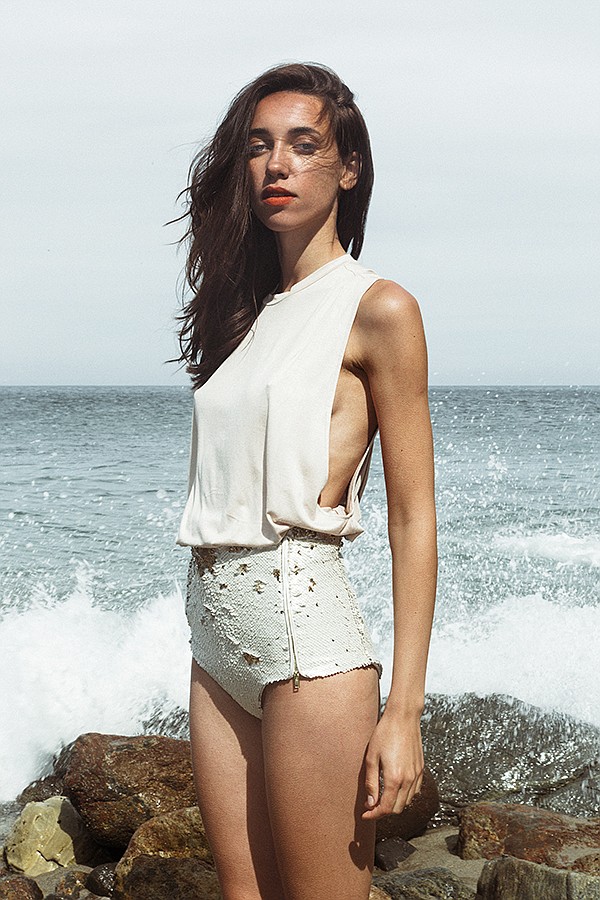 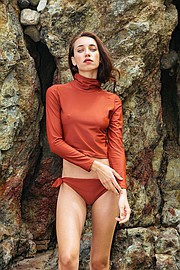 “Beach-and-surf culture has always been my starting point, and I believe it remains heavy in the way I see fashion,” she said. “I want to influence the California woman to be brave and not afraid to flex her style and have a dressed look. I paired this idea of a businesswoman with our strong, luxe beachwear, which I think is relatable to the coastal lifestyle.”

The Los Angeles–based Merrick is part of a surf-royalty family history. Her parents, Al and Terry, founded Channel Island Surfboards in Santa Barbara, Calif., in 1969, which embedded in the designer a strong appreciation for the coastal California experience.

For Autumn/Winter 2019, Merrick has incorporated sequins, silks, cottons and gabardine in addition to utilizing over-dye on wovens. While her stylish Los Angeles–made ready-to-wear designs feature unique cuts and details that offer the wearer a sense of femininity coupled with strength, this collection illustrates an appreciation for the businesswoman who also enjoys exploring nature outside of the office.

“My team at work is very outdoorsy and athletic, but we are proper businesswomen. I wanted to really establish that bridge between the two with our look,” Merrick said. “There’s an irreverent nature to the [beach-and-surf] culture, but it remains grounded in a nonconformity—being true to your vision, allowing yourself to explore and not pandering to who people think you are is at the heart of my ethos and of the surf culture in general.”