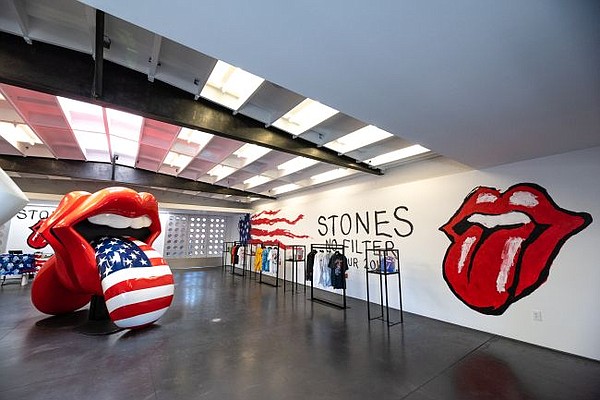 It’s Only Rock ‘N’ Roll Merch But We Like It

Since music merchandise is a giant business – a $3.1-billion market, according to a 2016 survey from the Licensing Industry Merchandisers’ Association. It’s only natural that a lot of merch was created for the Stones’ No Filter tour, which included the Aug. 22 Rose Bowl date.

Items for sale include a Bird e-scooter covered with the Rolling Stones Tongue and Lips logo. There’s also the Stones logo on lipstick by Edward Bess, macaroons and baby carriers with the logo– and there’s also high-end streetwear styles from Lucien Smith, Matt McCormick, Midnight Studios and Nasaseasons, which includes the Tongue and Lips logo. The Maxfield shop will run until Aug. 24.