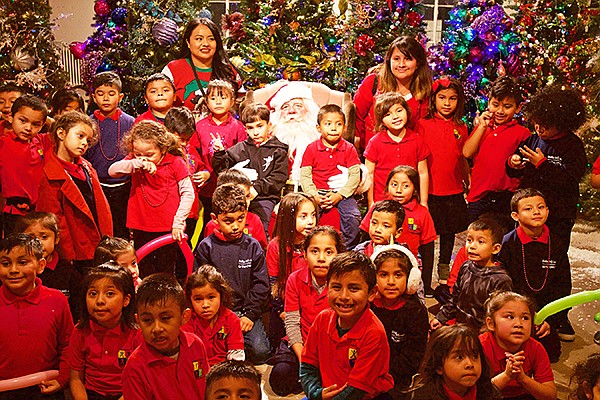 The recent party marked the 72nd time this Christmas party has been produced. The Textile Association of Los Angeles started the gift-giving event during the Harry Truman administration. CFA took the reins of the event when CFA absorbed TALA in 2013, said Ilse Metchek, CFA’s president.

The annual Christmas party is for children who are part of the Boys & Girls Clubs, Para Los Niños and the Dolores Huerta Elementary School. The children, mostly aged 5 to 7, were treated to pizza, potato chips, a visit with Santa, as well as gift bags that included skateboards, T-shirts and coloring books, said Ilse Metchek, CFA’s president.

Arturo Rivera, who works as a coach and in staff development for Para Los Niños, said that his kids look forward to the event. “They’re engaged from the moment they enter the party,” he said. “They’re engaged with the coloring books, the photo booth and the music. We’re very fortunate. They’ve been very hospitable,” Rivera said of the fashion businesspeople who produce the party.