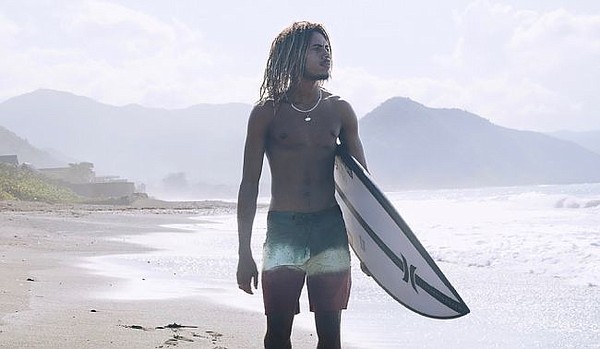 There’s a long love affair between Southern California’s surf industry and the island of Jamaica. A number of surf brands have sent mash notes to the Caribbean island and its culture with surfwear collections inspired by the roots reggae music of the 1970s. Stüssy and Billabong are among those who distributed Jamaican inflected looks in the past. More recently, the Roark and Brixton labels have gone to the island for inspiration.

Hurley International dove into island life with the recently released line Jamaica Collection. To develop this collection, Hurley designers worked with pro surfer Elishama Beckford, one of the stars of the emerging Jamaican surf scene.

They put together a collection which includes boardshorts, tees, a bomber jacket, as well as an Aloha style shirt and a soccer style jersey. All of them bear graphics familiar by any reggae fan. Think the Lion of Judah and the red, gold and green colors painted over so many reggae albums and posters.

Beckford dropped by the Undefeated store at 112.5 S. La Brea Ave. in Los Angeles July 25 for a party to launch a pop-up shop for the collection. The pop-up will run until July 27. Proceeds from sales will go to scholarships for surfers from Jamaica's surfing scene. With dancehall music pumping in the background at the party, Beckford said that he visits and surfs Southern California at least once a year.

He also reflected on the difference between the established California surf scene and the emerging Jamaican scene. “It’s a different atmosphere. In Jamaica, it’s more easy to get into the true essence of surfing. It’s about relaxing and fun,” he said. Yah mon! 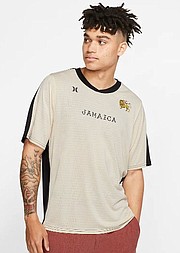 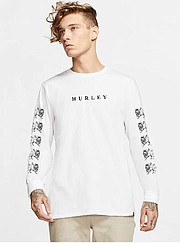