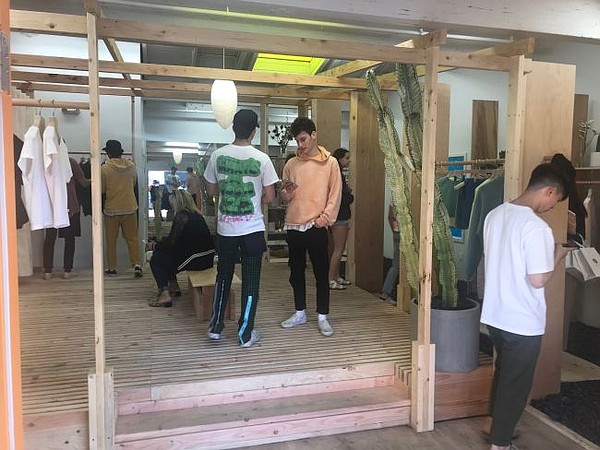 Los Angeles label Madhappy built demand for its detailed hoodies and tees with a string of pop-up shops during the last couple of years. The pop-ups were produced in Brooklyn, N.Y., Aspen, Colo., Miami and, of course, Los Angeles.

Earlier this month, Madhappy jumped back into the pop-up game. It opened the new temporary shops on the designer street of Melrose Place in West Hollywood and on the busy boutique street of Abbot Kinney Boulevard in Los Angeles’ Venice Beach section. Both pop-ups will run until the end of July. The shops will offer exclusives as well as items made with the brand’s new palette of colorways, said brand co-founder Noah Raf.

The new pop-ups were built with architectural ambition. Madhappy worked with artists Dean Levin and Fritz Howser to make zen inspired interiors. The spaces featured lava rock gravel walkways inside the shops as well as color tinted windows. If you are in the mood for a dessert, the brand partnered with Jon & Vinny’s Italian restaurants to run a soft serve ice cream stand by the Abbot Kinney pop-up. 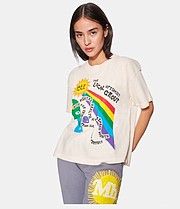