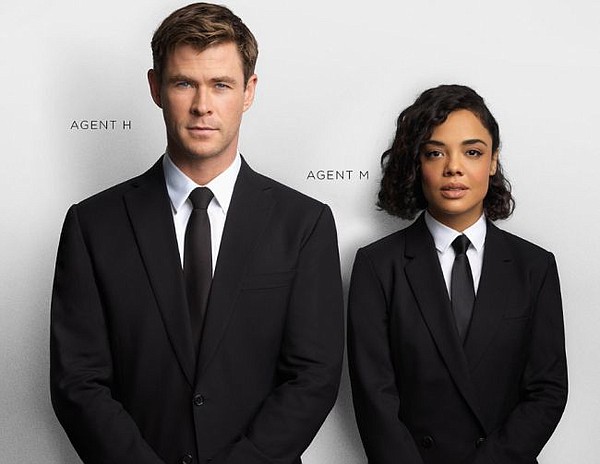 The black suit might as well be a basic of the suiting world. Put one on, you’ll blend right in. Unless Paul Smith makes the black suit.

At least that seems to be the thinking of film "Men In Black: International." It’s the latest in the "Men In Black" sci-fi/action/comedy film series that started in 1997, when actors Will Smith and Tommy Lee Jones wore black suits in their dogged pursuit of aliens and monsters making mischief. Fast forward a couple of decades, Chris Hemsworth stars as a London-headquartered agent in the soon-to-be released film. With the London backdrop, it was only appropriate that English designer Paul Smith try his hand at the "Men in Black" suiting. It’s the designer’s first go at costuming

For this project, Smith worked with costume designer Penny Rose (she worked on the "Pirates of the Caribbean" films and Madonna’s 1996 film "Evita"). Together, Smith and Rose made suits for the film’s stars such as Hemsworth and Tessa Thompson.

The black suits were cut from Smith’s breathable, crease resistant wool from his A Suit To Travel In collection. Paul Smith also made a Men In Black collection for the fan. The designer added details to this collection not seen on screen.

A May 22 party was produced for the capsule collection for Paul Smith For Men In Black International at the pink walled Paul Smith flagship in West Hollywood, Calif. The collection includes black suits for men and women, which feature linings printed with graphics of the film’s alien characters. There’s also a button on each jacket cuff detailed with the circular logo of the "Men in Black: International" organization. For the casual secret agent, there are the collection’s polo shirts and hoodies. Also available, accessories such as ties, pocket squares, a money clip and cufflinks, a leather wallet and iPhone case printed with the film’s aliens. The collection features colorful socks, of course every Paul Smith look goes with colorful socks, but this one has alien motifs.