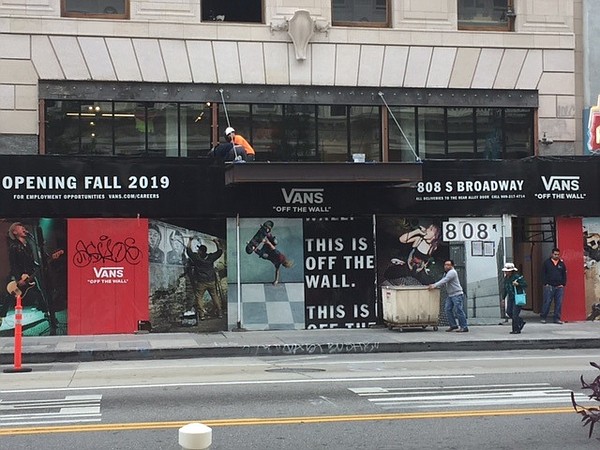 Vans to Open This Fall in DTLA

Certain sections of Broadway in downtown Los Angeles in the Fashion District are getting to be pretty fancy retail areas.

One of the latest to call this swath of gentrification home is Vans, which has been working on revamping part of an old building at 808 S. Broadway into something pretty special.

Signs in front of the store say the two-story space with 7,500 square feet of retail will be opening this fall, and the company is looking for employees to work the retail location. Vans is joining a high-end list of retailers on the block.

It will be wedged between an Apple store being built inside the Tower Theatre opened in 1927 and the already open Urban Outfitters store in the historic Rialto Theatre.

Also under construction down the block is a Paul Smith store, taking over a spot once occupied by an optometrist office next door to the Orpheum Theatre, which was opened in 1926 as part of the Los Angeles vaudeville scene. Also on the block is a relatively new Theory store and an Acne Studios outpost.