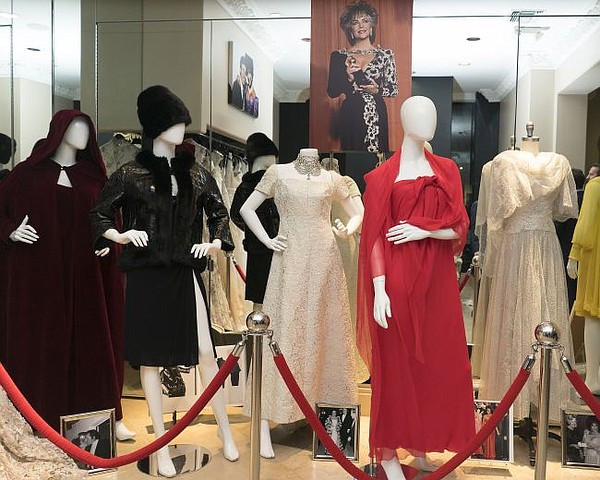 Display of Elizabeth Taylor's dresses. All photos by Tim Regas

All of Mark Zunino’s clients do charity work. When Zunino agreed to produce a fundraiser for The Elizabeth Taylor AIDS Foundation at his self-named Mark Zunino Atelier, he was nervous that he would overstep some boundaries or, perhaps worse, he may have not been able to provide the charity event pizzaaz that his clients regularly produce.

But Zunino reported that a Nov. 7 one-off event for the Elizabeth Taylor AIDS Foundation at his Los Angeles atelier was a success. He estimated that more than $100,000 was raised at the event hosted by Dame Joan Collins. In attendance were a host of celebrities including AnnaLynne McCord and Melissa Rivers.

One of the event’s stars was a display of Taylor’s dresses. There was a dress from one of Taylor's weddings to Richard Burton. Zunino also designed gowns for Taylor in the 1980s, when Zunino worked with designer Nolan Miller.

“I was scared to death making sketches for her,” Zunino said of his first meetings with Taylor. “She would look at the sketch and say, ‘You are making my face too square. It’s heart shaped. Can you feel my bone structure? ’ Then she would place my hands on her face. Her attention to detail was intense. It was like getting a master’s degree!” Zunino said.

Also on display, Zunino’s sketches of his looks for Taylor. 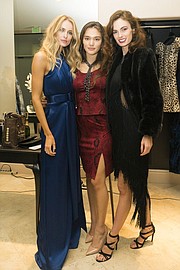 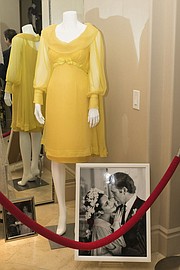 One of Liz Taylor's dresses 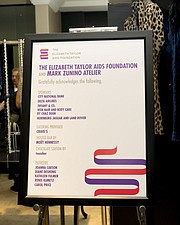