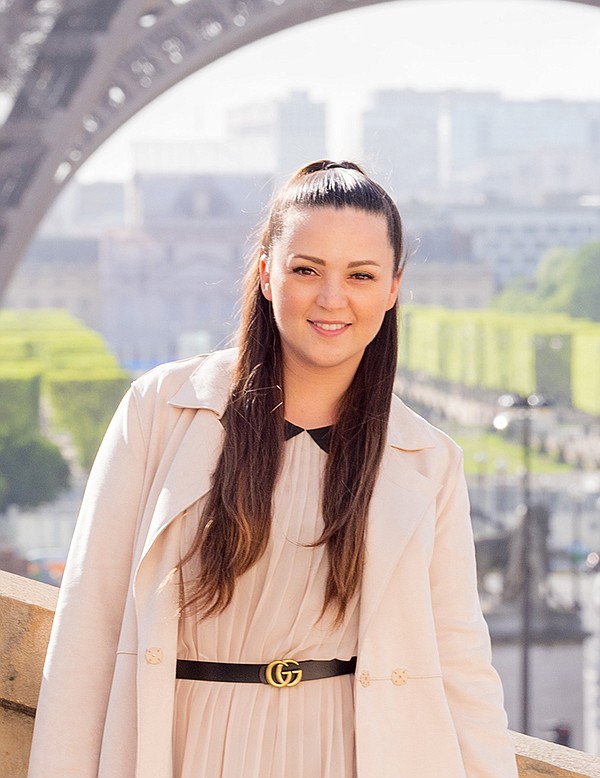 “Emilie Lewis, who held the role prior to me, is a fantastic woman who did such an incredible job in the role. I want to live up to her standards. She was vastly talented and has an extensive background in fashion,” said Robinson. “It was a project of hers and ours, as a team, to breathe new life into the fashion district.”

As an events professional with an extensive background in the field, Robinson’s career includes three years as the special events manager at Madame Tussauds Hollywood and five years with Saks Fifth Avenue, working in the company’s public-relations and events department. Receiving the promotion, from senior events manager, to lead a team during a time when the CMC is undergoing a project that includes extensive upgrades is an opportunity for Robinson.

“For us it’s less about the building, it’s about our corner. We want our objectives to positively affect everybody in our neighborhood,” she said. “The California Market Center has such a rich history. I am thrilled to be a part of the renovation project.”

When Robinson discusses her new role, she emphasizes a desire to blend her passion for events and fashion public relations with an effort to positively impact the area in which the CMC is located. A graduate of the Fashion Institute of Design & Merchandising’s Associate of Arts program, Robinson revealed that she is passionate about events and enriching the experiences of visitors to the Fashion District in downtown Los Angeles. In Robinson’s opinion, the neighborhood receives an unfair reputation. Through her new role, she wants to change this perspective. “The Fashion District might have an antiquated reputation as a part of L.A. that is a little bit scary,” she explained. “That might prompt buyers to go to the Dallas Market Center, Atlanta or New York, and I really want to change that image because it’s a very lively, safe, historic and groundbreaking section that we’re in.”

Through highlighting the culture of the Fashion District, Robinson hopes her team’s efforts will lead visitors to the CMC to embrace the opportunities available in the area.

“We’re on the cutting edge of a lot of great art and creativity,” she said. “I want to communicate to all of our buyers for trade shows and showrooms that they should be shopping in L.A.”