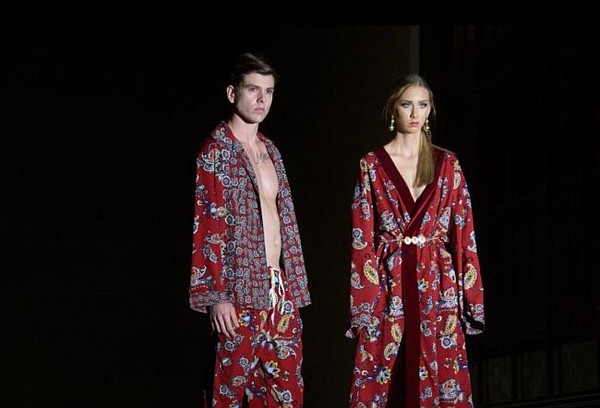 For more than 20 years, Sir Joe Exclusive has worked as a stylist and dressed celebrities such as Keyshia Cole, K. Michelle, Summer Walker and others. This year, Sir Joe Exclusive, born Joe Watson, gambled on dressing people in a line that he designed.

With the beat of 1970s disco being played during the runway show, models walked on a platform adjacent to the railway station’s ticket counters. They wore the line’s unisex loungewear. “It’s from street to sleep,” Sir Joe Exclusive said. “It’s for the well-traveled person.”

Around 27 looks were shown. They ranged from luxury loungewear, blouses, shorts and robes bearing bold prints. Also on the runway, in an exception from the unisex rule, there was a bodysuit romper for women with matching robes. 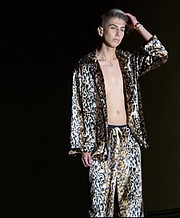 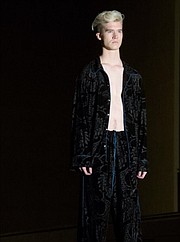 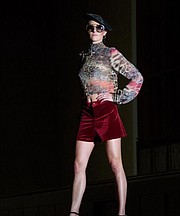