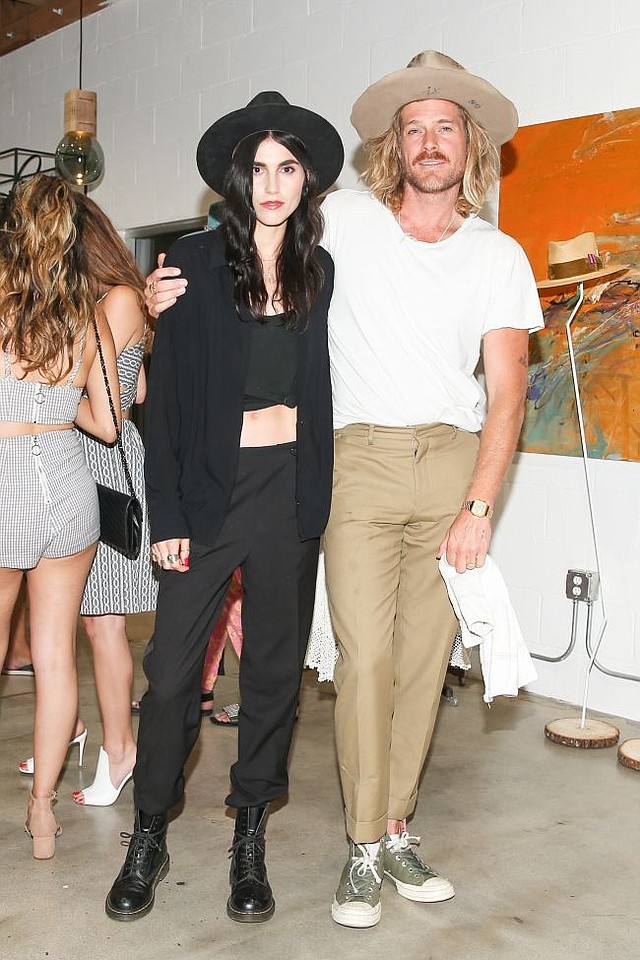 Some fashions ride into the sunset and never return. Please don’t count on the stove pipe hat and the powdered wig making a comeback. However that fate might not be in store for the beaver fur felt hat. It covered the head of many a pioneer and adventurer coming out West in the 19th century. These hats are making a comeback on Los Angeles’ stylish Abbot Kinney Boulevard.

Nick Fouquet, a hatmaker, recently held a party for his self-named Nick Fouquet store and workshop on 2300 Abbot Kinney Blvd. It's located across Venice Boulevard from the main stomping grounds of the retail district.

Fouquet has been making Western style hats, among other chapeaus, out of beaver fur felt . However,the ready-to-wear beaver fur felt hats don't come cheap. The price tag for the Smoke Diver hat with a linen band and Tahitian pearls retails for $1,325. He also makes hats out of straw and leather. A bucket hat made from waxed canvas retails for $220.