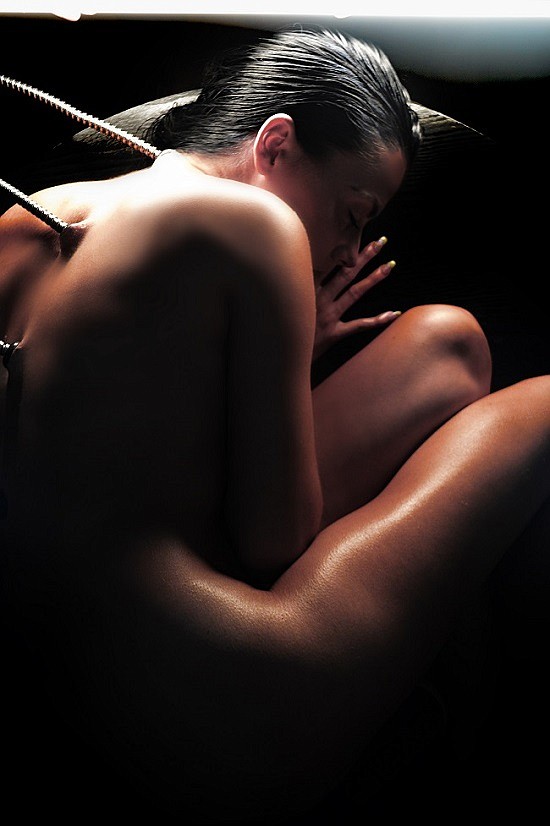 A story line centered on the potential capabilities for the artificial intelligence of advanced cybernetic organisms challenges HJFilmworld to capture the creation of human-like machines along with their development into individuals that are self-aware. Formed more than 10 years ago in New York City, HJFilmworld was founded by Hasan Ali and Jeremy Baker as a production team that launched "The Cool Jerks" and "Athena Hunter," in addition to embarking upon photography projects based on comic-book themes. A recent project launched in 2018 and named "Synthetic Souls," blends the pair's love of science fiction, with their own curiosities—and fears—of artificial intelligence, while also interpreting serious issues such as human trafficking.

"Everything displayed in the trailer and the photography series were designed by Hasan Ali and myself," Baker explained. "Our focus was to display our imaginative depiction of these sentient artificial intelligent beings during production. We went full sci-fi."

Upon relocating to Los Angeles three years ago, the duo developed "Synthetic Souls" as a film-and-photography project that explores advancements within AI that have yielded machines whose resemblance to their human counterparts allows the cyborgs to blend in as people. Ali and Baker were inspired by science-fiction classics including "Blade Runner," "Battle Angel Alita," and "Ghost in the Shell." For the project, achieving the appropriate costuming was essential to relay the shift from these machines being manufactured and programmed into their roles within society as companions, lovers and guardians—servants of those who purchase them.

"It's all about contrasting styles," Ali said. "In the trailer, you see one of the Synthetic Souls on the beach in a dream state. The viewer can’t tell if they are seeing an actual dream or an implanted memory. We leave it ambiguous. The point is to see the contrast between the vibrant dream versus the darker more-bleak reality."

As machines in production, the subjects of the film are costumed using only mechanical-technology elements of shiny chrome connections that depict their reliance on energy sources. The beach scene signifies the machine's role as a human within society, relying on simple pieces including a denim jacket, sports bra and spandex bottom that allow these extraordinary beings to seem ordinary.

"Since 2015, we have produced numerous superhero themed photoshoots," Ali said. "Our love for comic books, film, and anime somehow turned us into stylists and costume designers. It was a creatively rewarding accident. As the costumes became more detailed, we finally reached a point where we thought 'Hey, we can totally do something totally sci-fi themed, dark, cerebral.'“

While Ali and Baker continue to work on the film "Synthetic Souls," they are their vision through still photography that has been exhibited in New York. In September, Paul Calendrillo New York curated the duo's works at the Landmark Arts Building in Chelsea, with a score arranged by Marcos Garcia of Chico Mann, Antibalas, and Here Lies Man. Unfortunately, a Los Angeles exhibition has been postponed due to the COVID-19 pandemic, but Ali and Baker are undeterred.

"Considering costuming is the most fun aspect of our shoots, 'Synthetic Souls' allowed us to really play with nuance," Baker said. "Moving forward I am excited to see what we will come up with next. We are like kids in a toy store when we are planning each shoot. It's all about the cinematic approach." 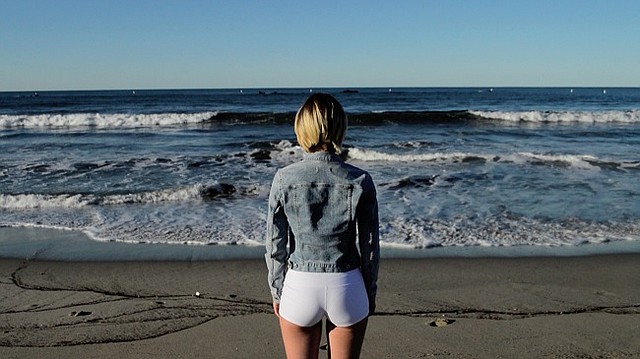 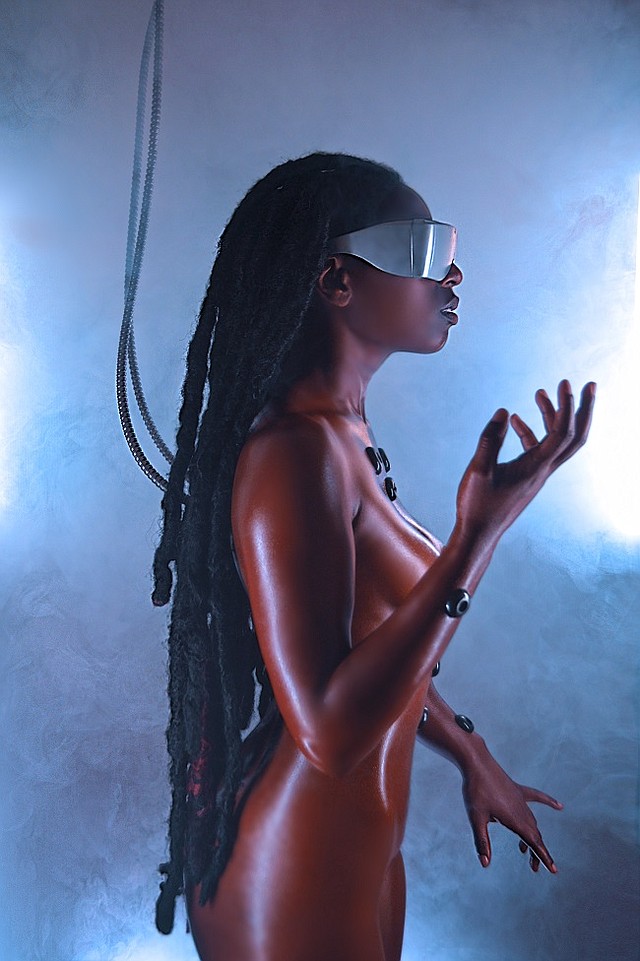 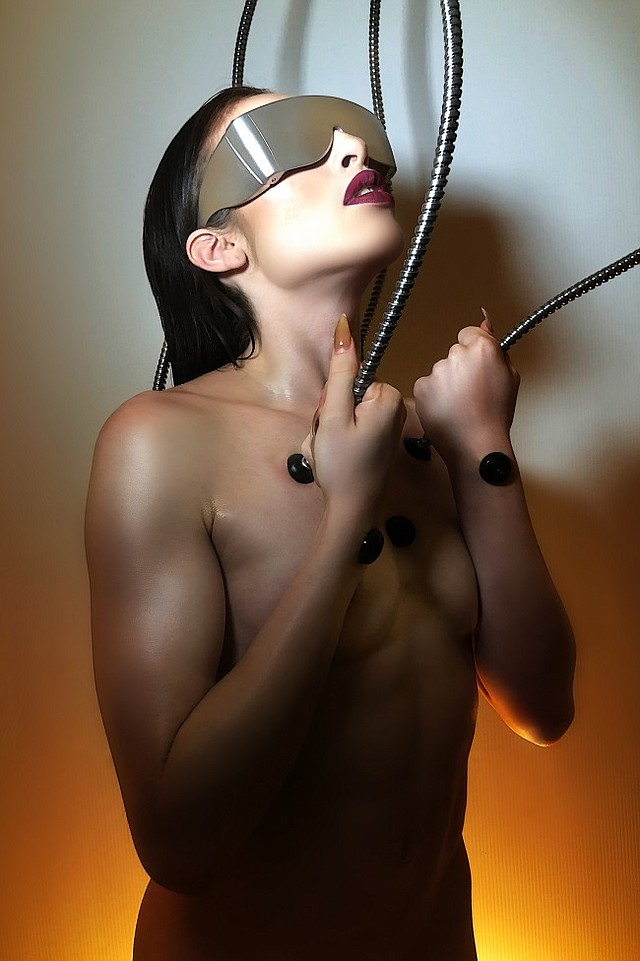 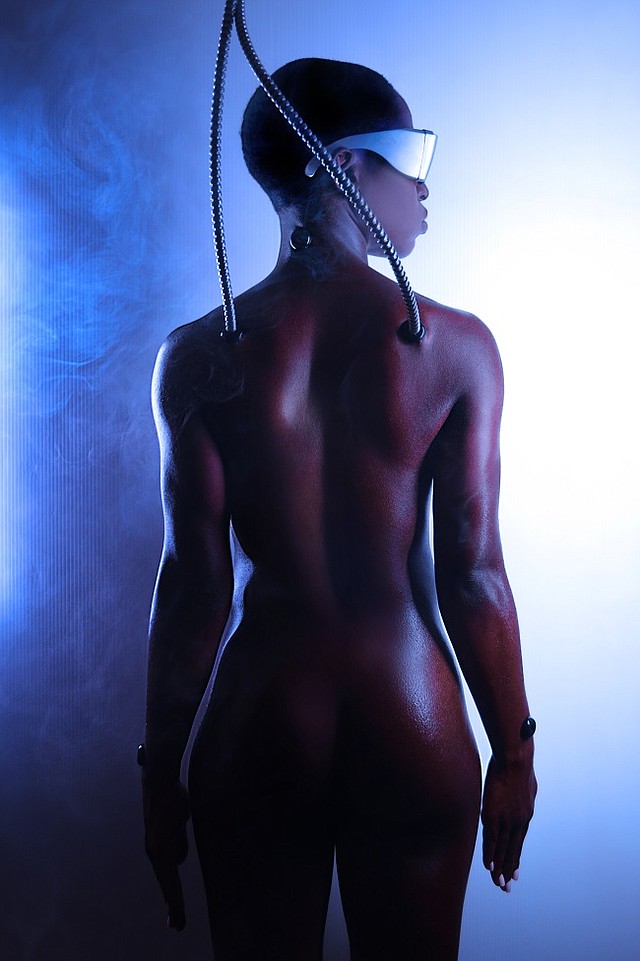