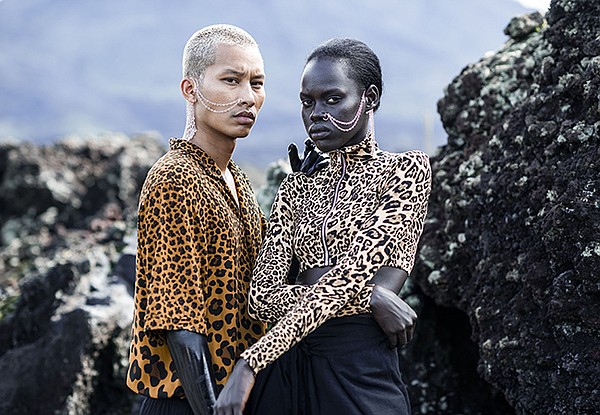 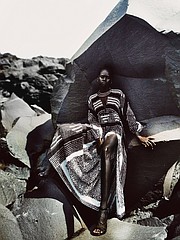 Downtown Los Angeles designer Jonny Cota won the first season of Amazon’s reality-competition show “Making the Cut” April 24 with a diffusion fashion line he named Metamorphosis. His new company, Jonny Cota Studio, made its debut on the Amazon show, which was hosted by Heidi Klum and Tim Gunn. The prize was $1 million to develop the new brand and to sell Metamorphosis in a Jonny Cota Studio store on Amazon. The first delivery of Metamorphosis was sold out on its debut weekend of April 25–26, Cota said.

The 25-piece collection carries the name Metamorphosis not because it sounded cool, Cota said, but rather because it’s an accurate description of what happened to him on the show. His design aesthetic went through a change.

The show’s judges, Naomi Campbell, Nicole Richie, Joseph Altuzarra, Chiara Ferragni and Carine Roitfeld, tore down his old assumptions of the types of styles he could create. His first fashion line, Skingraft, was best known for motorcycle-inspired detailing and hardware embellishments such as studs.

“There’s a hardness to it,” Cota said of Skingraft, which continues to do business. “It celebrates extreme self-expression.”

The look worked for downtown Los Angeles, but the show’s judging-panel collective thought he could break out of those boundaries.

“The judges were not impressed by the hard Skingraft aesthetic,” he said. “I had to break outside myself and explore more-accessible looks for the customer and the judges. I was pulling back layers of leather and DTLA and finding myself as a designer.”

During the show, Altuzarra often advised that commercial considerations don’t necessarily have to clash with a designer’s creative vision. Cota said that Metamorphosis was the first time he sought acceptance from a wider public.

“Metamorphosis was a perfect storm of creativity and fantasy, but every piece is wearable and sustainable,” he said.

The collection features details one could see in other Cota designs, such as cargo pockets and tailored sleeves. The line also features dresses, outerwear, knits and separates. A key point for the line was styles that could be shown on a runway but also be sold at an accessible price point.

Some pieces would fit in well with the Skingraft catalog. The Jonny Cota Studio line features a cropped leather jacket with faux shearling that retails for $750. There’s also a leather utility harness.

Cota hopes to run the Amazon store as long as he is able. He also will continue to run Skingraft and the bricks-and-mortar store Cota by Skingraft with his brother Chris Cota. Like other nonessential retailers, the boutique in the Row DTLA compound in Los Angeles remains closed during the COVID-19 pandemic.