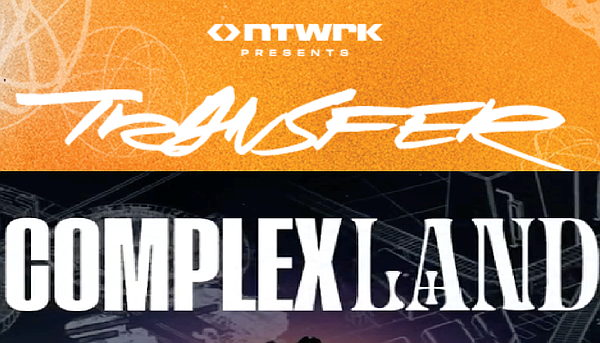 Transfer’s schedule offers panel discussions on fashion, culture and art, as well as DJ sets and product drops from more than 30 brands, including Vans, Guess?, Adidas and Puma. Consumers are able to visit Transfer by accessing the NTWRK app.

Levant forecasted that more than 250,000 shoppers would attend Transfer. While the virtual festival has roots with in-person events such as ComplexCon—the annual in-person convention for streetwear, food and music in Long Beach, Calif.—Levant said that they were also inspired by digital-shopping festivals that are held in Asia such as the annual Alibaba Singles Day. The virtual-shopping festival on the China-headquartered Alibaba platform took in $37 billion in 2019, according to media reports.

As the demand for virtual festivals in the United States has been increasing, Levant said it was a trend he was examining prior to the COVID-19 pandemic.

“We were working at this project before COVID,” he said. “This becomes even more appropriate in this world where COVID exists. We’re aggregating content for this shopping festival, where you take people’s favorite things and put them all in one place at one time. You get this really rich experience in one place.”

In 2021, NTWRK hopes to produce separate individual virtual festivals based around subjects such as e-gaming, high-end sneakers and other fields.

Complex Networks, a co-founder of ComplexCon, is also getting into the virtual-festival game. It canceled the in-person ComplexCon this year, but on Aug. 25, it announced on ComplexCon’s Instagram that it would produce a virtual festival called Complexland, which will run Dec. 7–11.

*In a previous version of this article, it was incorrectly stated that Reed Exhibitions is a parent company of ComplexLand. Complex Networks is a founder of ComplexLand.