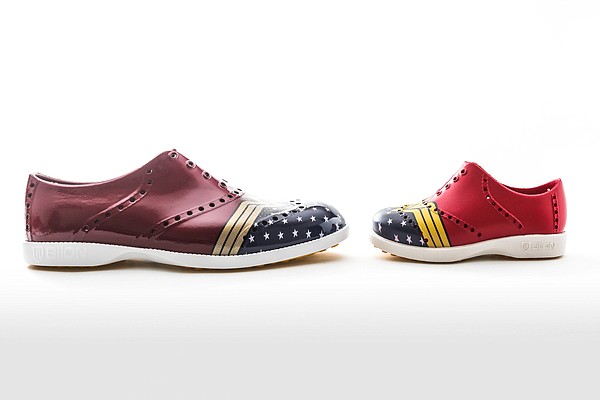 A collaboration between Warner Bros. Pictures Group and Biion Footwear has led to the release of a Wonder Woman-inspired shoe that aligned with the movie's Dec. 25 release. The footwear is available in adult and children's sizes via the Ontario footwear brand's website at biionfootwear.com.

"Fiction though it may be, the story of Wonder Woman is an inspiration that fundamentally lives in all of us," Rick Buchanan, founder of Biion, said. "When the opportunity to partner with Warner Bros. to release an exclusive shoe featuring this legendary hero arose, we knew immediately our customers would love the chance to walk like a warrior."

As the official footwear of "Wonder Woman 1984," the special-edition shoe features a ruby-red body, classic gold W emblem and star-spangled pattern across the toebox. A white midsole and yellow outsole complete the design. While it is an homage to the superhero set, the shoe is created using the well-known Biion EVA footwear style with rubber sole that is designed for everyday activities.