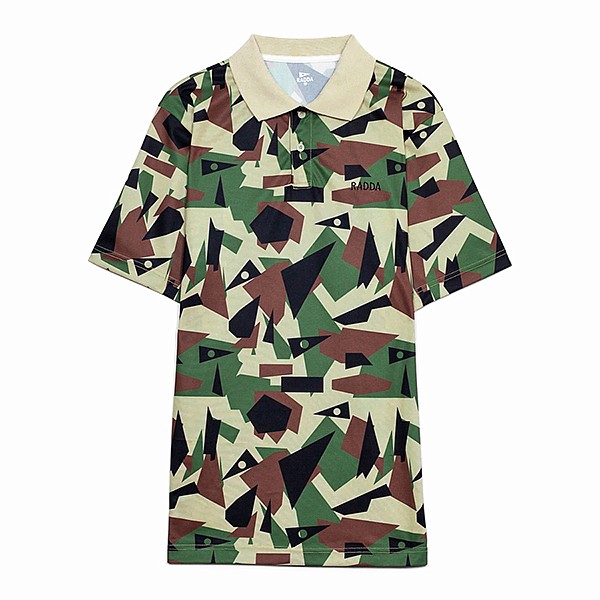 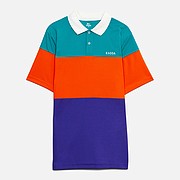 With less than a year under its belt, Radda Golf by Jason Fields and Ivan Dominguez is breaking into the performance-apparel segment while also disrupting the culture that surrounds the sport, which has traditionally been reserved for the wealthy. An avid golfer, Fields has been playing since he was a child. Although he is an experienced player, his formative years learning the sport weren’t spent at an exclusive country club but at a municipal golf course.

“I grew up in Los Angeles and started playing golf at 10 years old at the Long Beach Junior Golf Association at the Heartwell Golf Course,” Fields said. “I competed in high school and played in a lot of private-country-club environments as I became older, but my golf experience is very diverse.”

Eventually, Fields made the move east to New York City, where he established his career in fashion, working with companies including AG Jeans and J.Crew. During a night out, Fields encountered disbelief from friends who could not picture the tattooed, scruffy-faced fashion retail director as a posh golf type, leading to a discussion regarding the outdated aesthetics of golf apparel. 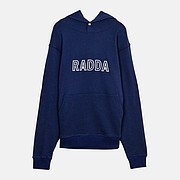 “One of my friends posed a question: ‘I understand golf has a uniform, but why does it have to look like that?’” Fields recalled. “It was something I never really contemplated. That was when I started to look at the market and develop this opportunity.”

Fields reached out to longtime friend Ivan Dominguez, who had also enjoyed an extensive career in the fashion industry. Eventually, Fields returned to Southern California, and the duo set out to create a new, more-inclusive approach to golf, starting with apparel but also hoping to change the lifestyle.

“We stand against and in contrast to this antiquated presumption of what a golfer looks like when it comes to the lifestyle they live,” Fields said. “We threw around ideas to see if something like Radda Golf would be successful. Did golfers want something new and fresh?”

Though the official launch of Los Angeles–based Radda Golf took place in July 2019, Fields and Dominguez attended the January 2019 PGA Merchandise Show in Orlando, Fla. Interest in the baseball caps, bucket hats, windbreakers, hoodies, updated polos and trousers offered by the primarily direct-to-consumer Radda Golf resonated with the target audience of the under-45-year-old golfer but also with a select group of popular retailers, including Urban Outfitters. 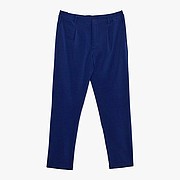 “It is difficult to make a seismic shift, but it seems the customers are there and they need to be spoken to in a different way. It’s obvious in other markets,” Fields explained. “We come from fashion, so we’ve seen these shifts toward a Millennial, diverse lifestyle.”

This shift is not only about clothing but a more-inclusive golf atmosphere. Through their manufacturing connections in China, Fields and Dominguez are able to bypass the minimums that often hinder emerging brands. Through their lower-cost supply chain, the pair is able to offer well-made, performance-level golf apparel at a reasonable price point of $25 to $90 to consumers through their site, raddagolf.com.

In its next collection, which will be released in March, Radda Golf will rely on a colorful palette of bright orange, purple, royal blue, teal and a camouflage pattern. While the clothing speaks to the next-generation golfer, it performs for the sport with moisture-wicking polos comprising Dryfitpolyester and water-repellent polyester golf pants.

“These mills have made technical fabrications that wouldn’t necessarily be considered athletic wear,” Fields explained. “When I worked at J.Crew, we developed a travel suit that had stretch, it was breathable and wicked away sweat. It didn’t look like technical fabric, it looked like suiting fabric. For us, the timing was just right in terms of development to find fabric that works on the course.”

At Radda Golf, the company is focusing on gaining partners—not only for business but to promote goodwill such as charity events, health, wellness and the camaraderie that can be found when playing the game.

“We stand for something greater than the game of golf. I come from a municipal-golf background. I am from South Los Angeles. I don’t come from money,” Fields said. “The way golfers look, it seems to be for a rich, older man with a country-club budget. How can we break from these antiquated associations to allow potentially new golfers to pick up a golf club?”