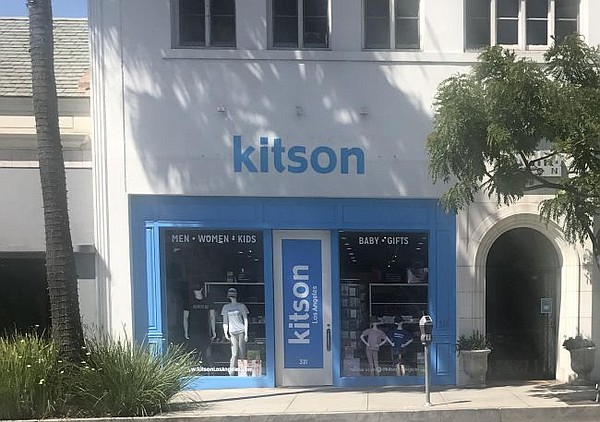 Fraser Ross once ran a fleet of more than 15 Kitson stores, which spanned from the original flagship on Los Angeles’ Robertson Boulevard to Las Vegas. The fleet was shuttered more than five years ago, and Ross reopened the Kitson flagship in 2016.

Since then, he’s reopened a handful of stores on Robertson. It looks like Kitson is ready to move beyond its neighborhood.

On July 3, Ross opened what he described as a "mini-Kitson," at 321 N. Beverly Dr. in Beverly Hills, Calif. The shop has a 1,600-square-foot selling space, much smaller than the 5,000-square-foot Kitson flagship at 115 S. Robertson Dr. Ross said that the new location would offer many of the gifts, and styles for women, men and children that have been popular a few minutes drive away on Robertson. “It’s the best of the best,” he said of the new shop.

He decided to open the new space because he felt that Kitson enjoyed good business when it ran a pop-up shop at a Lucky Brand store at 420 N. Beverly Dr. The Lucky Shop has been closed since the beginning of the COVID-19 pandemic.

“I always wanted to run a store in Beverly Hills, but I could never afford the rent,” Ross said of the new space. “It was a great deal.” He signed a two-year lease. Jay Luchs of Newmark Knight Frank brokered the deal.

The new store opened after another Kitson store closed. Kitson Outlet on 156 S. Robertson Blvd. was looted during recent unrest. Ross was going to close it at the end of July. But the looting accelerated the timeline to close the space.

Ross said that the current time was a good time for boutique retail to reassert itself.

“Small business is the backbone of this country now. Malls and the department stores have been hit hard," he said. "This is a time when the specialty store can win marketshare."