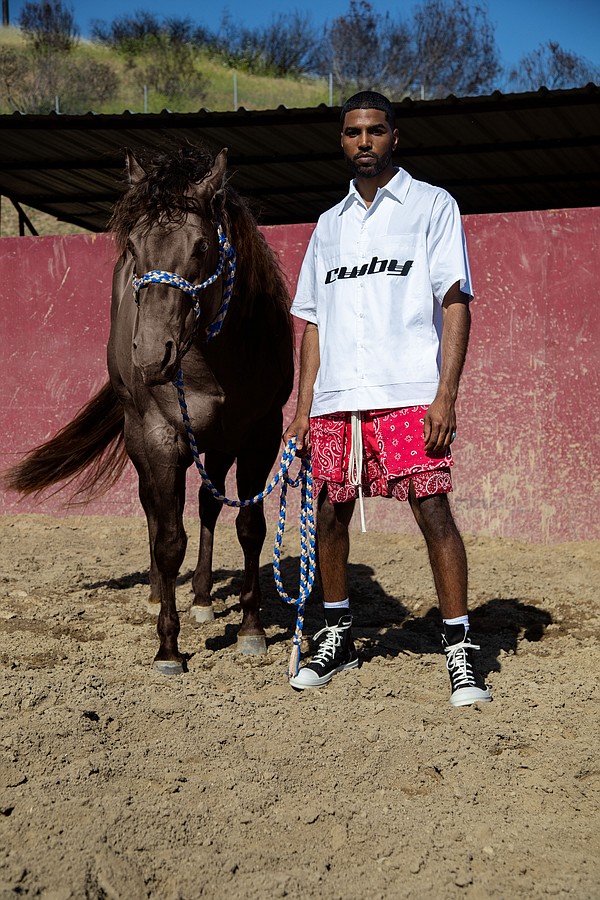 Mike Morris helped shape the sartorial style of Lil Wayne, born Dwayne Michael Carter, Jr., the five-time Grammy award-winning hip-hop musician, who is considered to be one of the most influential rappers of the past 20 years.

Morris, now based in Los Angeles, not only worked as the rapper’s assistant stylist, he also ran Lil Wayne’s apparel line Trukfit from 2012 to 2018. Morris also helmed Lil Wayne’s music-merchandise line and continues to shop for the high-profile musician. But after Trukfit closed up shop in 2018, Morris felt that it was time to make his own fashion statement.

He started developing ideas and, on May 29, he released CWBY Studios. Pronounced Cowboy Studios, it’s a made-in-Los Angeles line that is currently being sold on the brand’s digital channel cwbystudios.com. Morris’s creative influences range from Western wear, which helped inspire the brand’s name, to minimalistic architecture. However, he wanted to keep his creative space open to inspiration.

“I’m not putting CWBY Studios in a box. I want to be open to different subject matters,” Morris said. “I want to be the person who is presenting new ideals and innovative concepts to the marketplace. I want to be the next designer to make fashion feel unconventional.”

The line’s first looks range from a T-shirt with the brand’s logo of a cowboy to satin shorts and a sports style jersey. CWBY Studios’ shorts include the Bandana Reconstructed short, which is made out of a red-bandana material. There’s also the brand’s Technical Satin Short, which is made out of a satin fabric, but it is made in the silhouette of a running short. The line’s office shirt is a short sleeve, white shirt bearing embroidery of the brand name. The Zionic jersey is a reimagining of the hockey jersey. The piece takes the silhouette of the hockey jersey and instead of mesh and performance fabric, the Zionic uses linen and felt materials to produce the piece.

Retail price points range from $160 to $2,500. Morris said that people will save up to buy fashion that they love, even during tough economic times. His next steps will be to place CWBY Studios in influential shops around the world. He’d also like to develop concepts with brands with which a partnership would seem counterintuitive.

“CWBY Studios isn’t available everywhere,” Morris said. “We are a direct-to-consumer brand. Each piece is made to order, providing a custom feel to each piece created. And we’re nimble, giving the brand an opportunity to respond to subject matters that make sense to address.”