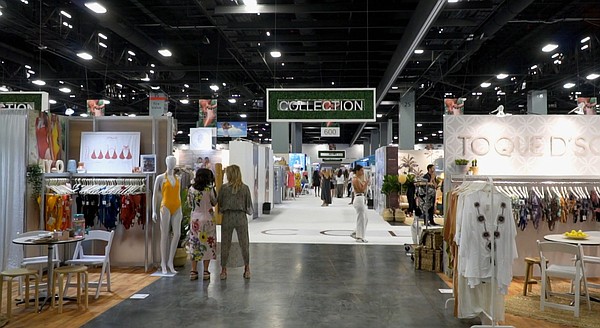 The Swimwear Association of Florida revealed that its previous plans to host an October edition of SwimShow in Miami have been canceled. In May, the association announced that it would cancel its July 11-14 event at the Miami Beach Convention Center during Miami Swim Week. In an email sent July 15, the Swimwear Association of Florida’s Executive Director Judy Stein noted that the uncertainty surrounding the COVID-19 pandemic led the organization to suspend this year’s edition of the physical show.

“At this point in time, SwimShow has chosen not to move forward with the October trade show,” she said. “There are still too many unknowns about the health of the nation for us to feel comfortable holding a major trade show and putting everyone in an unsafe environment.”

Despite the cancellation of its event in Miami, SwimShow producers have launched a digital edition of the event, which made its debut July 11. The virtual offering will run through the end of the year, with hopes that a return to a physical model will be possible in July 2021.

“We’ve designed our virtual trade event to serve the swimwear industry through the end of the year,” Stein said. “We want to keep the engagement going strong between our vendors and retailers with our virtual platform that we will update constantly with new imagery, look books and line sheets as the vendors continue to have new collections.”