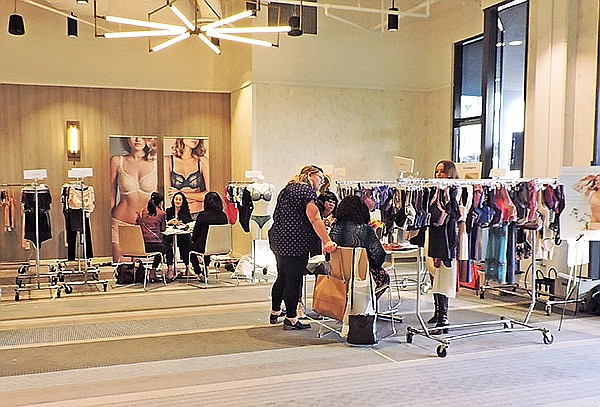 As a number of important apparel trade events cancel their on-site summer and fall editions, Eurovet Americas’ Curve lingerie brand announced the cancellation of its September 2020 show. Originally scheduled to run Sept., 21-23, at the Javits Center, Curve New York’s team announced on July 21 that the on-site show would not go on. While the announcement made via email noted the Curve team’s sadness at the cancellation, Kirsten Griffin, the brand’s visitor promotion director was looking forward to introduce Curve Connect, a virtual offering scheduled for Sept. 13-25.

“It’s still about connections,” she said. “That is our strength. We have such a loyal audience. We’ve been building it up through our webinar series and recognizing the importance of continuing the conversation all year round not just during the markets. Though we don’t have a physical show, we’re going to do our best to embrace the new technology and help people with matchmaking.”

The virtual event will be powered by Grip, whose platform will be a good match for Curve’s focus on matchmaking within its lingerie and foundation-wear community. Through the digital offering Griffin feels that the experience might afford greater opportunities to emerging brands.

“It’s a great way for new brands to level the playing field. Everybody is almost the same. I think it’s a good opportunity for small brands,” she said. “Our main thing will be on the matchmaking, networking and we will be focusing on the zoom dates. It’s another layer of communicating.”

While Griffin notes the importance of holding events on location and is looking forward to returning to the show floor, she mentioned that the virtual component will continue once restrictions are lifted, allowing events to be hosted on-site. Over the last few months, the brand has cultivated a global audience through its webinars and digital offerings.

“We recognized that digital has some merit,” she said. “That is going to be our new vehicle communicating with people. We love the physical interaction and we fully expect to do that next year, but this is a good substitute. It is sort of the wild west—we’re all trying to find our way. Years later in the future, we’ll probably be like ‘Oh, virtual shows were so easy, no problem.’ It will be a given to have them.”