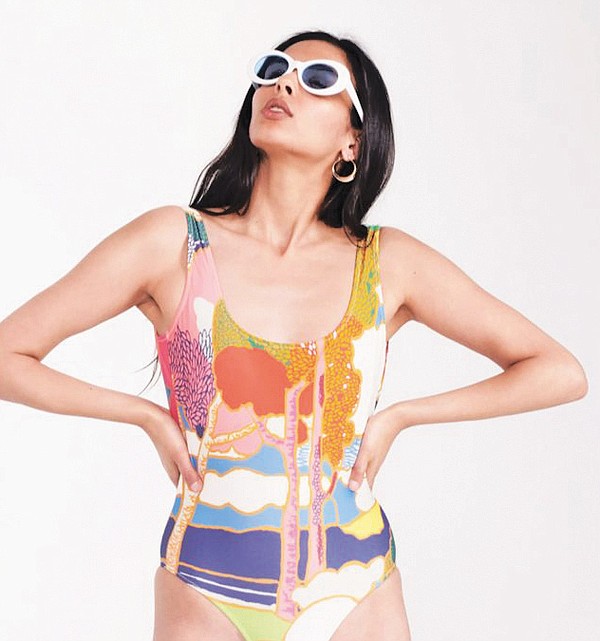 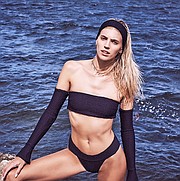 Their schedules were also packed with consulting brands on swim projects and running in-person events for the Coast by Coast bricks-and-mortar store, which since October has been located at the Row DTLA retail, dining and creative-office center in downtown Los Angeles.

Like almost all other fashion boutiques, Coast by Coast had to close down due to the COVID-19 pandemic. It reopened June 15 as an appointment-only shop and with a silver lining to the tough past few months. The Clearys finally had the time to work on their digital shop, coastbycoast.com, which is scheduled to debut on July 24.

Coast by Coast is one of a handful of swim retailers introducing new ventures during one of the toughest times for retail in memory. These companies have found promise for a brighter retail day by focusing on e-commerce to get their word out.

Kristen Cleary felt confident introducing an e-commerce shop because it would expand the reach of Coast by Coast to become a global presence. Also, swimwear retail has not shut down entirely. She estimated that her store hosted 10 appointments to try on swimwear each week since reopening.

The Coast by Coast e-commerce store will offer an alternative. It will seek to be a go-to hub for sustainable swimwear. Kristen Cleary said that the brands sold at the shop focus on quality along with being eco-friendly. “The brands we offer at Coast by Coast are creating their swimsuits from recycled fabrics made from plastic pollution taken out of the ocean. We are sourcing packaging and shipping materials that are made of 100 percent post-consumer waste and biodegradable and compostable materials. Today, more than ever, everything has to be about our planet,” Cleary said. “And our brands really have the fit down. It’s swimwear that will last you throughout the years, not just a season.”

Brands to be sold on the site include Galamaar, Araks, OCIN, Nu Swim, Arrels Barcelona, Bower swimwear and Anemone.

The Los Angeles–based vertical e-tailer LA Collective opened the LA Collective Summer Swim Shop earlier this month, said Karl Singer, the company’s co-founder and chief executive officer. LA Collective produces an online swim shop every summer since it started four years ago, and he stated that opportunities will continue for swim as well as for activewear and leisurewear.

“People are at home, but they also want to work out. They’re not going to be going out much. They aren’t going to be buying summer dresses,” Singer said. He works with his wife, Jaynee, who is LA Collective’s co-founder and serves as creative director.

This season will be the first time that LA Collective will offer third-party designers, including Devon Windsor, Solid and Striped and We Wore What. Karl Singer said that he wanted to open the site to outside brands with a similar fashion point of view.

“It’s lean, it’s sophisticated, it’s minimalist,” he said of the site’s fashion style. “It’s not heavily designed. The quality is there. The brands that we bring on have to be a good fit. We’re not going to take on just any brand. It needs to make sense for the brand ethos and aesthetic.”

Retail price points range from $88 for bikinis to more than $200 for cover-ups. Singer anticipates wrapping up the store’s swim business in mid-September, at which point he will open a loungewear shop as part of the retailer’s fall launch.

The time is also right for independent operations to introduce swimwear and cultivate this category of the apparel business. In early July, Haleh Mashian, a contemporary painter, owner and founder of the Mash Gallery in downtown Los Angeles’ Arts District, introduced Mash City, an e-commerce store for the gallery. The gallery has sold T-shirts, dresses, skirts and socks with prints of her art. Earlier this month, Mash City also introduced swimwear, which is available at https://mashcity.art.

The swimwear features florals from Mashian’s art series “La Vie En Rose.” Pieces that feature rose-like florals come with backgrounds including white, black and yellow. Women’s styles include one-piece suits and bikinis. The collection also features masks that are matched to the bikini styles and are included with purchase. A men’s style is also available in a trunk cut bearing the artist’s floral print. Retail price points for the suits range from $110 to $180. Mashian forecasted that art-inspired fashion lovers would seek more novelty during a year when people are urged to stay home.

“Art is not only for the walls. People can wear art everywhere they go,” she said. “Wear it, use it, enjoy it and stay inspired.”