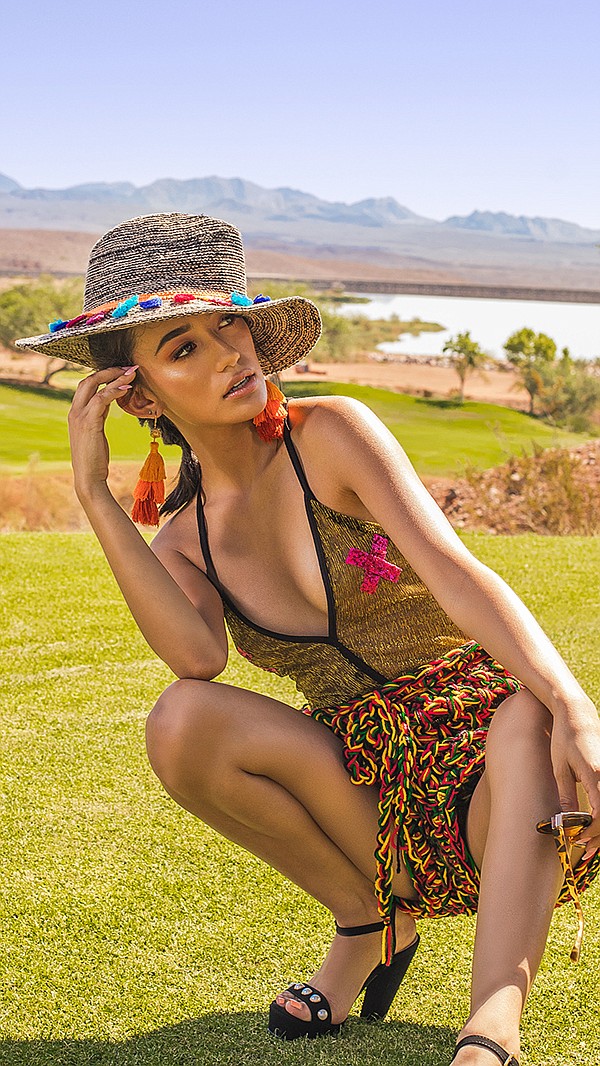 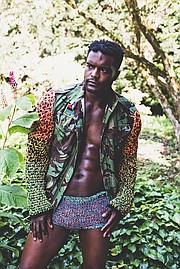 “I had a hustle in high school where I would make hats for people because I grew up in a culture where sneaker releases were important,” she explained. “If you had sneakers to go with a beanie then you were in the jam.”

By the time she entered Howard University, the future chemist and pre-med microbiology investigative scientist felt the climate of the United States’ mid-Atlantic region would be perfect for her beanie business to allow her the freedom to not fall into the trap of becoming a “broke college student.” During homecoming festivities in 2001, Brumfield expanded into swimsuits after a classmate suggested she try summer pieces.

Transitioning from the winter-accessories staples into swimwear required Brumfield to do more than simply begin crocheting pieces in swim cuts. To create her swimwear, Brumfield needed to source a thinner yarn. It was during this time that Brumfield started to participate in study-abroad programs, which allowed her to research different textile making around the world. On visits to Oaxaca—where she studied abroad, Nayarit and Jalisco, Mexico, she discovered a more ecologically sound method of coloring yarns.

“That is where I found out how they are using plants to dye their yarns to make their rugs and do the woven pieces. We watched how they dye the wool using mustard seeds and using hibiscus flowers,” she said. “When you look at all those bright colors coming out of Mexico and you find out it’s being done by plants it’s like ‘Whoa, how did you get all of these bright and vibrant colors from plants?’ It’s so amazing.” 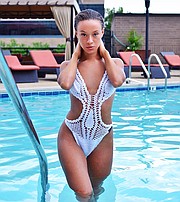 Still sourcing her plant-based dye yarns for swim-and-resort cover-ups, such as her cable tanks from a source in Tepic, Mexico, Brumfield expanded her sustainable supply chain into additional ethical sourcing through purchasing her microfiber silk yarn from a woman-led business in Turkey that relies on female artisans to create these supplies. These yarns are used to make bikinis, monokinis and the men’s Corrado bottom.

While Brumfield sells to boutique retailers, much of her business also comes from custom work through her e-commerce site https://products.yarnmovement.com/swimwear-custom, where monokinis sell for $200, bikinis go for $160, cover-ups sell for $110, and the men’s Corrado bottom costs $150. The custom work affords an opportunity for the designer to create special pieces that reflect the needs of her customers.

“With swimwear, especially with yarn, because the material itself can be forgiving depending on the material you start with, it’s important to me especially for women who have difficulties buying swimwear,” she said. “This is where the whole body-positivity movement comes in—you can’t find clothes that fit you so you honor what you have. But I wanted to give that feeling of wearing something customized for you.”

The Yarn Movement mission is much greater than making a swimsuit. Through her business, Brumfield works with other crochet artists who all benefit from working with Yarn Movement as orders arrive. Brumfield decided to design her business this way, as fast-fashion competition threatened the handmade work of artisans. Through Yarn Movement, each artist contributes to the cooperative model. In addition, a portion of the proceeds benefits Brumfield’s Believe in What You Dream initiative, which takes Brumfield to different countries in Africa where she teaches young women how to crochet. The initiative also provides sanitary supplies and organizes solar-power projects for schools. Eventually, she hopes to highlight the work of women from around the world. 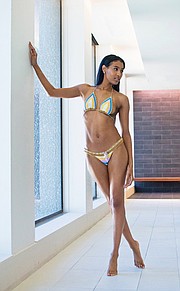 “I decided to cultivate this community of artisans who are crocheters and we could work together,” Brumfield said. “We have a level of quality control that I am comfortable with so that when orders come in it’s a way to really just disperse out the money and make sure we are not starving.”

During an age when cultural appropriation leaves talented artists behind when larger designers and brands utilize regional styles without attribution, Brumfield wants to create opportunities for women to flourish. It is her mission to “share the power of creativity to empower the world,” inspiring girls to become young entrepreneurs in a similar way she started out years ago but with a larger impact on their local economies.

“On one side, all of the teaching I’ve been doing in different countries, I am teaching girls to crochet not only in the theoretical sense of empowerment and to have money for school and learn but also to build up their communities and have that economic opportunity to participate, just in case something else goes left,” she said. “It’s about being able to get them to the point where they can crochet and then I can bring them in to be the hands that crochet pieces that go into stores.”

For Yarn Movement, the future includes more initiatives for responsible apparel production, ethical manufacturing and responsible cultural appreciation. Brumfield has said that she is gradually building a space called Addiction Marketplace, which is set to launch in August, for different artists from regions around the world to gain recognition.

“It’s a long route to go because I am going into rural areas that are underdeveloped, but I’ve been on this track for a couple of years now,” she said. “Even if I am the one making it, a portion of the proceeds goes into Believe in What You Dream anyway. You’re not only making an ethical purchase because it’s handmade but also because it’s going toward another generation of artisans. That is the pipeline for me.”