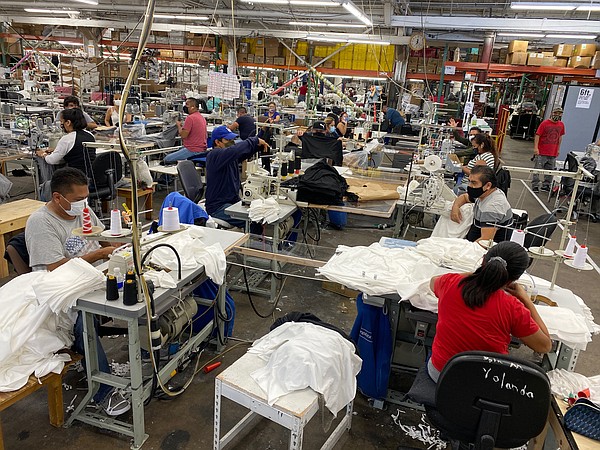 The Los Angeles County Public Health department gave a green light for Los Angeles Apparel to reopen after the blanks manufacturer had been officially closed for a few weeks. More than 300 of its workers were confirmed to be infected with COVID-19, said Dr. Muntu Davis, the Los Angeles County health officer.

To get the green light to reopen, Los Angeles Apparel had to demonstrate that its employees were practicing social distancing as well as wearing face coverings. The facility, located a short drive from downtown Los Angeles, was following extensive cleaning regimens, according to a health-department statement. The manufacturer is required to report any new cases of COVID-19 to the health department. There will also be occasional unannounced inspections conducted by the department to ensure that the company is following the rules.

Los Angeles Apparel said that it had always been vigilant in protecting its employees’ health. In a July 18 post on its Instagram profile, @losangelesapparel, the company said that it had been taking precautions before state and local governments issued orders to close nonessential businesses on March 19. Workstations at the manufacturer’s plant were positioned 6 feet apart around Feb. 22. Masks were distributed to employees around March 6. About 10 days later, the company began taking workers’ temperatures and disinfecting machines.

However, by June, four people who had worked for Los Angeles Apparel had died from COVID-19. The health department said that the blanks manufacturer had not cooperated with its investigations.

A couple of days after the health department gave a green light to reopen, Los Angeles Apparel let the world know that it was ready to go back to work. The company posted a video of its founder, Dov Charney, putting out a call for workers to apply for jobs at the blanks manufacturer.

“We’re still looking for people,” Charney said. “We’re understaffed at this point because we have such a backlog.

Apparel businesses and factories need to remain vigilant on the threat of COVID-19, said Marissa Nuncio, a labor advocate and director of the downtown Los Angeles–based Garment Worker Center.

“I worry that COVID-19 cases are being underreported in the garment industry,” she said. "Workers also still lack sufficient information on where and how to report bad conditions and outbreaks. Public health agencies need to provide reader-friendly materials and signs widely through the the region.” To reach the workers, signs need to be posted in Spanish and some Indigenous languages spoken in Mexico and Central America, she said.