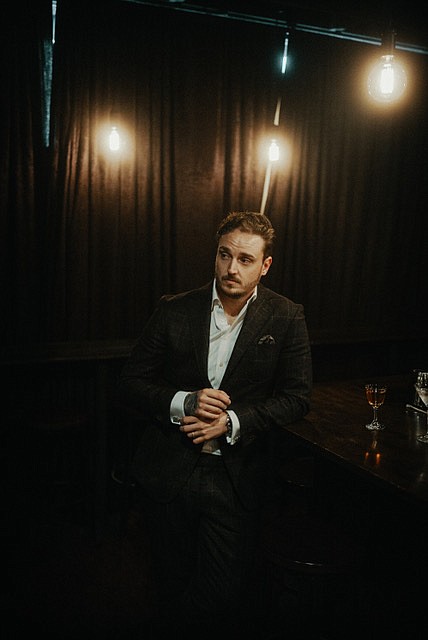 Inherent Clothier Aims To Stake A Claim For Suiting

With the horizons of suiting seemingly pressed harder in a world where more people work from home, Draper said that suiting should play an even bolder role in style.

“Back in the day, we rebelled by not wearing suits," he said. "Now we wear suits to rebel.”

Draper is wearing his beliefs on his sleeves. In May, he co-founded a suiting company called Inherent Clothier. It offers made-to-measure suiting for what Draper said were approachable price points ranging from $600 to $960.

Consumers register their measurements such as height, weight and waist size on the company’s website, inherentclothier.com. Shoppers can also personalize the look of a suit by choosing their own fabrics, and idiosyncratic details such as lapel sizes. The suits are handmade by master tailors in an American-owned factory in Bangkok. Draper has made himself an advocate for men’s suiting because he believes that it can build a man’s confidence. He credits wearing suiting for delivering him from depression and crippling self-doubt that marred his teenage years.

"Inherent Clothier is both a couturier and a movement. It tailors modern-day suits of armor built to inspire authentic self-expression and to empower men to speak openly about mental health,” he said. "The concept was based upon my own struggles to overcome depression, along with the science-backed idea that dressing well sparks the confidence to successfully battle daily emotional challenges like anxiety, depression, and self-doubt. Inherent Clothier aims to help every man build a versatile, fully functional wardrobe that empowers and gives confidence for wellness."

In the future, Draper hopes to build bricks-and-mortar stores for Inherent Clothiers where mental health awareness will be part of store events.