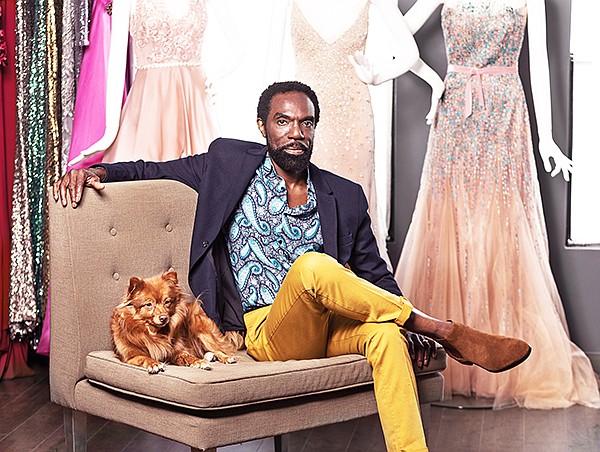 A TIME FOR CHANGE 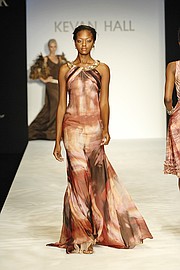 “Momma” ... this is one of the final words that George Floyd uttered as life was crushed out of him by a white police officer who held his knee on Floyd’s neck for eight minutes, 46 seconds. When we are young, our mothers mean everything to us. They hold us when we scrape our knees, rub our heads when we are racked with fever and teach us our bedtime prayers.

I thought of my mother the day of the killing. Angeline Tolbert was born in Texas, the youngest daughter of 12 siblings. She was spoiled by her doting mother, who lavished her with pretty pinafores and matching redingotes. Her dad, a hardworking farmer, had accumulated nearly a thousand acres by the 1940s that would be taken by the white sheriff of their small town. Her dad was badly beaten and nailed inside a coffin for days until he signed over the land to the sheriff.

Mom survived the trauma to marry Curtis Hall and had three children: Vondie, Sherry and me. The redingotes she wore as a child informed her taste as an adult. On Sundays, she dressed Sis in organza empire dresses with stiff crinoline petticoats while Bro and I sported collarless jackets and cashmere balmacaans.

I’m not sure if she knew about Elizabeth Keckley, the former slave who became a seamstress and personal modiste to first lady Mary Todd Lincoln. Keckley, skilled at sewing, was able to purchase her and her son’s freedom in 1855, later moving to Washington, D.C., where she was able to establish her own successful dressmaking business. I wonder if Mom knew it was a black woman, Ann Lowe, who designed Jacqueline Bouvier’s gown for her nuptials to John F. Kennedy—a beautiful portrait-collar gown made from 50 yards of ivory silk taffeta.

Too often the accomplishments of black designers go uncelebrated. At the very least, every fashion enthusiast should know about Patrick Kelly, the ex-pat who was the first American to be accepted into the prestigious Chambre Syndical Du Pret-A-Porter Des Couturiers et Des Createurs, thus putting him in the company of fashion greats Yves Saint Laurent and Gabrielle Chanel.

How is it possible that fashion design students today don’t know who Willi Smith is? The multitalented designer who built a fashion empire, Willi Wear Limited? In 1986, it was grossing over $25 million in sales. One of the few black designers and a 1983 Coty Award winner, Willi was a fashion influence for me. His clothes had a nonchalant DNA that inspired a generation. On a shelf in my showroom sits an illustration of Willi by Risko that was given to guests at his Lincoln Center memorial after his death in 1987.

When I accepted the prestigious post of design and creative director for the iconic American brand Halston, I couldn’t have imagined the firestorm that would be ignited. New York fashion players can be insular, but beyond that there were rumblings as to how a black man had been chosen to head the house and could he do it. With four weeks to showtime, I assembled a new team and designed and presented the Spring 1999 collection.

Seated in the front row was a stellar lineup of fashion editors and retailers: the late Liz Tilberis of Harper’s Bazaar, Polly Mellon of Allure, Andre Leon Tally of Vogue, Constance CR White of The New York Times and Joan Kaner, the fashion director for Neiman Marcus. With 42 stunning looks, all doubters were silenced. Senior Vice President Joe Boitano was waiting at the Halston showroom the following morning at 8 a.m. to be the first to negotiate placement for Saks Fifth Avenue. Neiman Marcus and Bergdorf Goodman soon followed, as did every other major boutique in the United States.

The sleek designs were seen on the red carpet worn by a distinguished coterie of celebrities including Celine Dion, Salma Hayek and Charlize Theron. In spite of the rave reviews and increase in sales, when the company was sold the new owners did not renew my contract as they preferred a different face for the brand.

When I peruse the fashion landscape today, there is still a lack of diversity. Less than 10 percent of fashion designers in America are black. Unfortunately, black designers don’t receive the support necessary to build viable businesses. I find that a mediocre designer of other races can gain success and notoriety, especially now in our Instagram-staged world. America appropriates black culture because we bring the cool factor yet we are not granted a seat in the rooms where design, marketing and advertising decisions are being made. It is because of the lack of inclusion that Gucci, Prada and others have had to fall on the sword for their offensive products and advertising campaigns.

As we look to the future, after the protests, rage, pain and fear of the unknown, we must take steps to make our industry better. Companies can improve the culture of their brands by providing opportunities for qualified black candidates to excel and promote from within. Young talent needs to be allowed to flourish while gaining the necessary experience to be successful.

We need retailers to take a good look at their merchandise mix and include black designers. According to a Nielsen report, black buying power is estimated at $1.4 trillion in 2020. Because of the recent events, we are seeing a shift in the community to support socially conscious brands. Those companies that are not willing to change their matrix will see a reduction in their bottom lines. This is the time for change, not a committee-written, politically correct statement plastered on social media. Real change can only come with a change of heart, and that is something only God can bring.

Kevan Hall is an iconic fashion designer whose creations have been worn by Hollywood’s most glamorous. In addition to his work in fashion, Hall is also the founder of Novus Forum—a New York trade event showcasing United States and international luxury designers, a mentor and co-founder of the Black Design Collective. His work can be found at www.kevanhalldesigns.com.