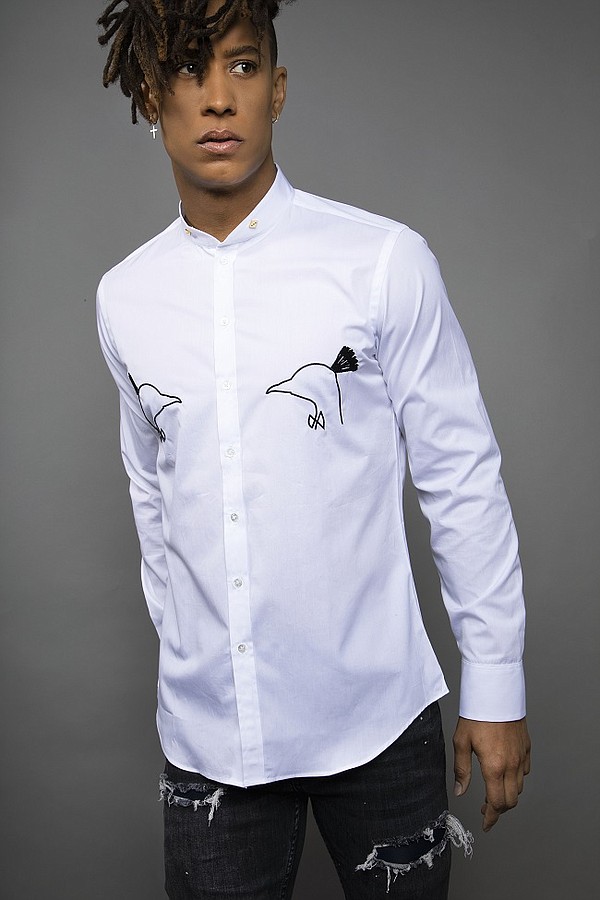 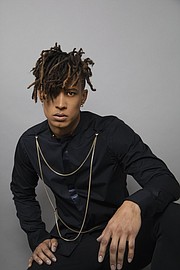 Blending inspiration from classic luxury-menswear design and hip-hop, Geoff Duran founder Geoffrey D. Starks released his new collection of the M5K Sport Shirt All-White Series II to introduce new takes on the tailored shirt. As 2019 drew to a close, Starks was finishing up his new collection, M5K Sport Shirt All-White Series II. When 2020 began with tragedy and continued to present new challenges over the next six months, he suspended plans to release the collection.

"As I was fine tuning everything, it went from the tragic passing of one of my all-time favorite athletes—Kobe [Bryant]—and it jumped from January to March with the COVID-19 pandemic. I couldn’t find it in myself to start to post and talk about anything that wasn't empathy for what people are going through. Here we are trying to sell a product. It’s fun, it’s fashion. It was not the mood of society at the time," he said. "I decided to wait until COVID-19 was over, but then it was extended and we experienced the George Floyd tragedy."

When thinking about these awful occurrences, Starks couldn't bring himself to celebrate the launch of a new product. The happiness typically experienced when releasing a fresh collection wasn't something he felt, nor did the idea of showing overt happiness feel appropriate.

"Social media puts us in a hurry to release things because it is always thirsting for something new. Even as a designer, we see things and they get old quickly," he said. "I had to battle with what society was going through, but also suppress my need or want to satisfy the public to see something new from Geoff Duran."

When the protests against police brutality began after the murder of George Floyd, Starks began to realize an important facet of a turning tide. As an African American designer, he noticed that the release of the collection would be helpful to consumers who hoped to buy from black-owned businesses, in addition to contributing to rebuilding the workforce amid the COVID-19 pandemic.

"From part of the movement—the protests and Black Lives Matter—came a unified coalition of people looking to support black businesses," he said. "I didn't want to be an opportunist, I would rather be an activist, but maybe this is the right time. My factories are open and operating. I can slowly but surely put this out there."

With the recent launch of the M5K Tailored Sport Shirt All-White Series II, Starks introduced seven cotton styles in updated formal shirting. While the foundation for the pieces is traditional, fresh details include satin and grosgrain ribbons contrasted with black stitching. Accents include mother-of-pearl buttons and a focus on metal, with items such as long gold chains and D-rings refreshing these classic styles. On the Mandarin-style collars, Geoff Duran features its signature detail—a single diamond-shaped collar pin that adorns each side of the Geoff Duran M5K "collar of cool," which was inspired by Starks's Arkansas birthplace.

"There is a small town called Murfreesboro, Ark., and there is a state park called the Crater of Diamonds there. Years ago, people could go there and find the rarest diamonds. It had such an impact on the state that the state flag bears a diamond," he said. "In order for me to remember where I come from and pay homage to the place that made me the guy that I am, I use the shape of the diamond for the collar pin. The three stars represent the brand's principles of excellence, continuity and society."

Influence for the collection also came from the luxury methods of shirting used by high-end menswear designers such as Tom Ford, Brioni and Kiton. In addition to his admiration for these fashion houses, Starks was also working from the influence of hip-hop artists including Jay-Z, 2 Chainz, Common, Killer Mike and Kendrick Lamar.

"The one design that I have with the chains that are crisscrossed is called “Heavy Metal.” It was inspired by Run DMC’s collaboration with Aerosmith—'Walk this Way.' I want to show these different worlds," Starks said. "I wanted it to be for the urban dweller who is working on Main Street, not Wall Street. He is wearing sneakers with his suit. He is wearing denim with his blazer. It’s the new smart casual. I wanted to create a piece for that."

With his new collection that is available on geoffduran.com and priced from the $360s to a bit over $500, Starks is also seeking to provide pieces for men who want quality clothing that will transition easily from day to night without. Sizing is offered in 14 ½-17, but Starks also provides made-to-measure services that can accommodate smaller sizes and larger pieces made in sizes up to 20. The special touches of these Geoff Duran pieces are found in the craft work and expert tailoring, such as a design that features peacocks sewn into each side of the shirt's breast.

"The peacock is one of the icons of the brand. It is one of the rare species in which the male is more beautiful than the female, but is also seducing her. With the spread of his plumage, it’s his mating call. I am a lover of peacocks—the beauty of them," he said. "I wanted to give men pieces to have this seductive style." 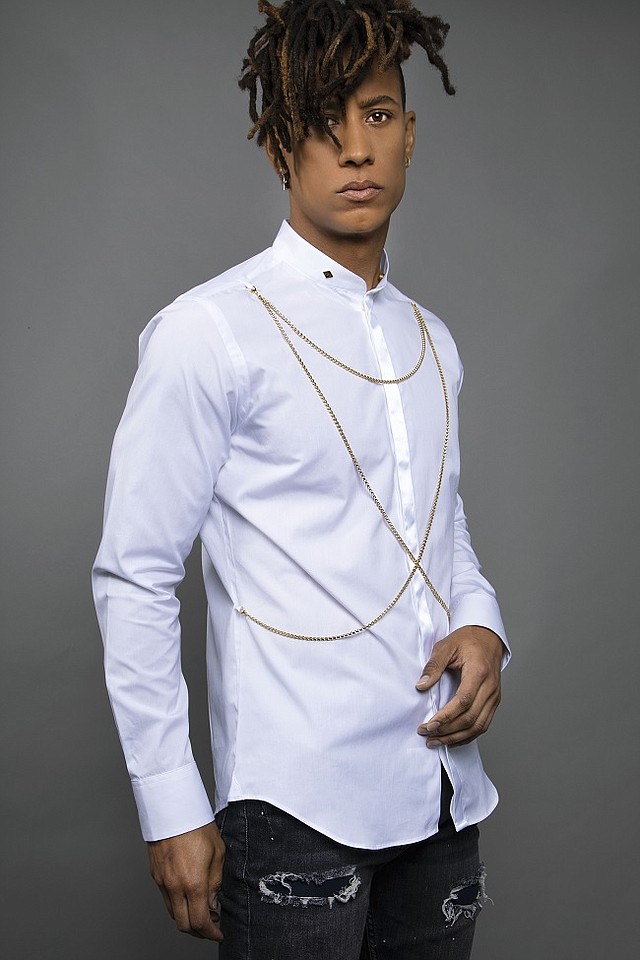 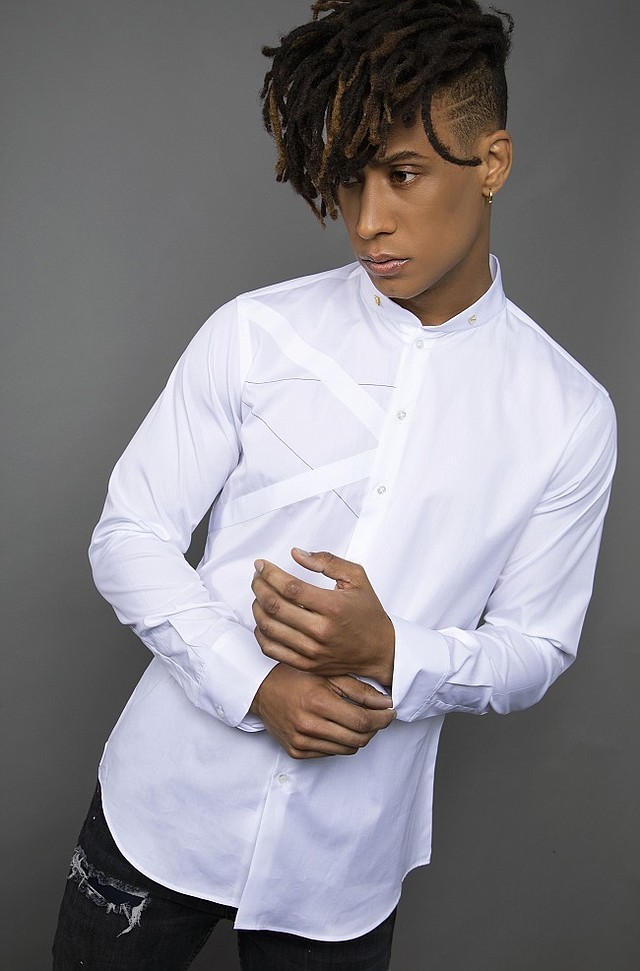 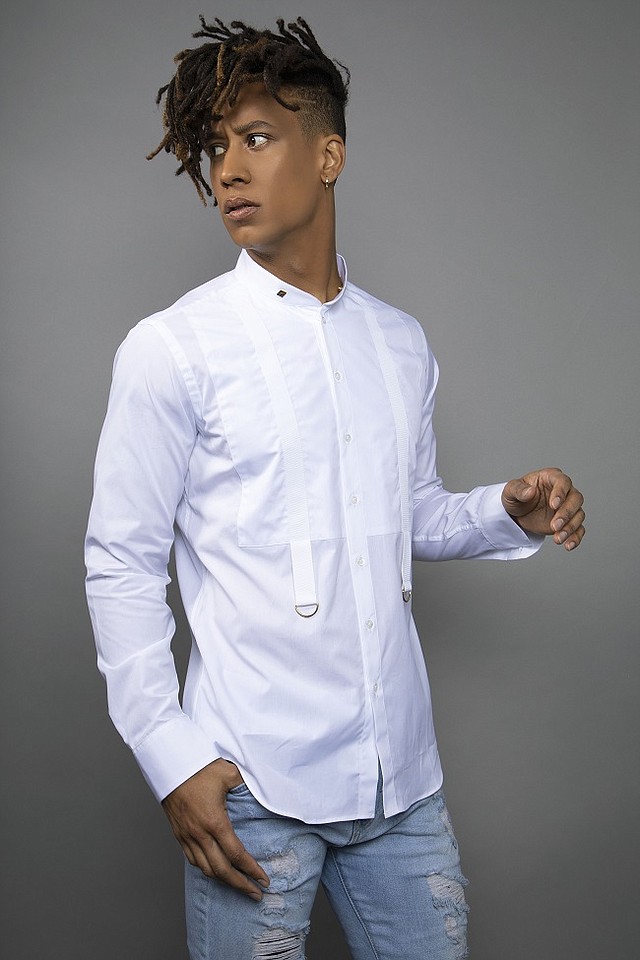 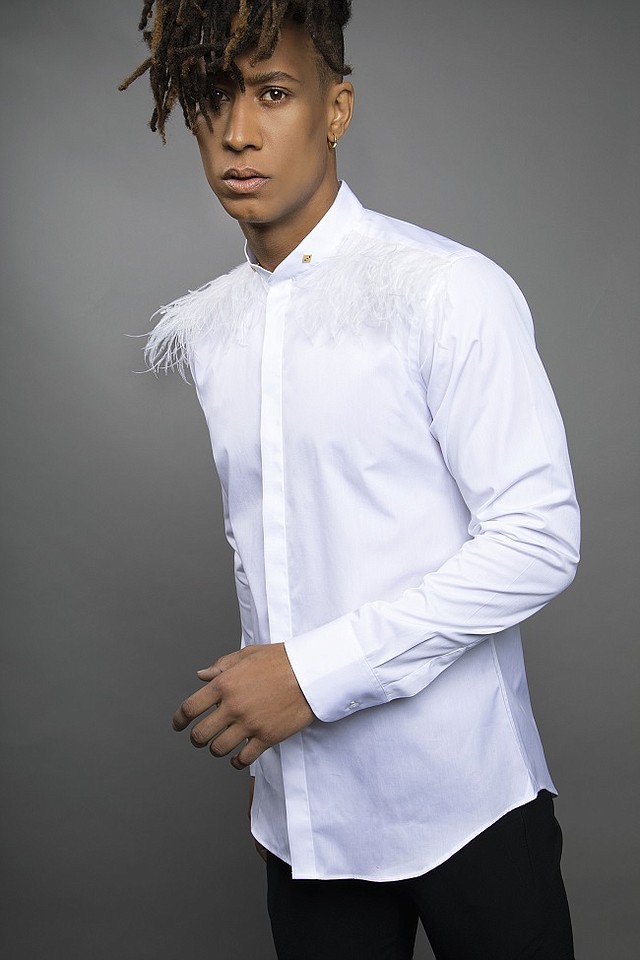