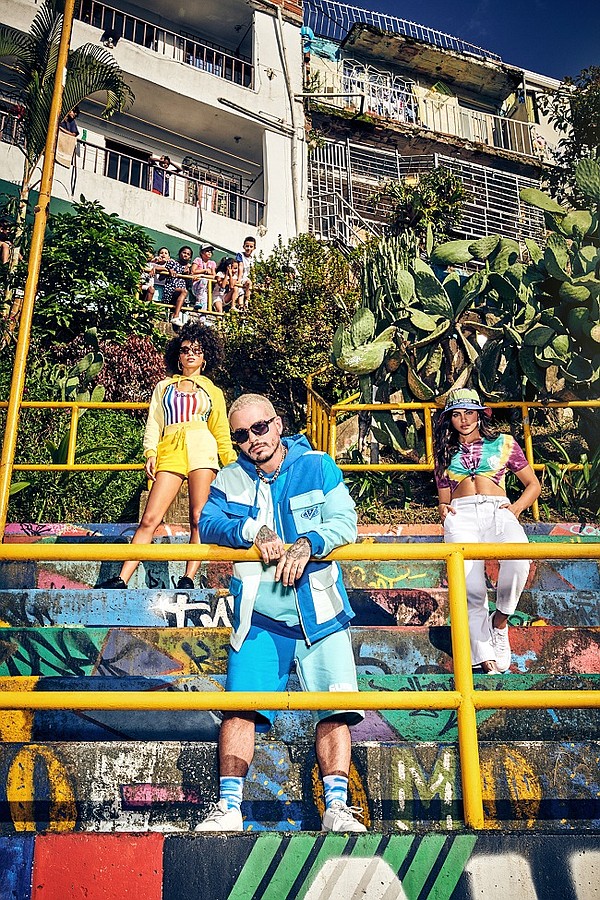 Complementing the March 19 release of J Balvin's album "Colores," Guess recently unveiled its Guess x J Balvin Colores collection. This third collaboration between the Los Angeles clothing-and-lifestyle brand blends the styles of Guess and Balvin celebrates their shared values of the pursuit of happiness and being global citizens. Nicolai Marciano, director of brand partnerships for Guess recognizes many similarities shared by Balvin and the brand.

"We have a very strong connection between his world and the Guess world. The music that he makes and the energy he represents—his positivity. Someone who wants to bring the world together. He is all about a global citizen. He doesn’t want to be put into a box," explained Marciano. "That is very in line with how we are represented as a brand. We are in over 100 countries in the world."

While Balvin and Guess enjoy a global presence, the "Colores" collaboration brought them to the artist's hometown of Medellín, Colombia, where campaign imagery was shot with a local model and another from Guess.

"Balvin’s connection to Colombia—it’s a colorful place, a lot of good vibes and you can see color being interpreted in emotion and positivity and happiness. It’s a very big part of who he is and what he stands for," Marciano said. "It’s been interesting to bring his perspective into the Guess world."

When discussing the "Colores" release, Marciano mentioned that working with Balvin on this collection was different from other collaborations.

"We really haven't worked with any other artist in this capacity. We've become very close with his team," Marciano said. "They’ve been very transparent giving us a lot of inside information regarding the album when it’s coming out, what it’s about throughout the whole process. We’ve been able to be very involved in the music and they've been very involved in the fashion."

This collection incorporates a vibrant palette of colors including red, yellow, green, blue and purple, which were blended into a tie-dye pattern for certain styles. With the laid-back, yet colorful, approach to the clothing, Balvin's personal style was interpreted into Guess branding through pieces such as a bucket hat and a print named "Colombia" for its inspiration from the country.

The 29-piece women's line includes cropped hoodies and T-shirts, bodysuits, joggers, two-piece tracksuits, cut-off denim shorts and a denim jacket. Pieces retail for $39-$108. A men's line comprising 50 pieces retails between $39-$128 for T-shirts, sweatshirts and joggers. There is an additional component of the collection that was particularly exciting for Marciano.

"One note, which is a personal favorite fun fact of this collection, is that we did men’s, women's and kids. We did a whole kids collection. This is a first for a collaboration. That is the important part for us," he said. "Being able to have the collection for the whole family, as a global brand, we want to include everyone including kids."

The Guess x J Balvin Colores collection launched June 18 on the Guess site and will be in stores June 19. 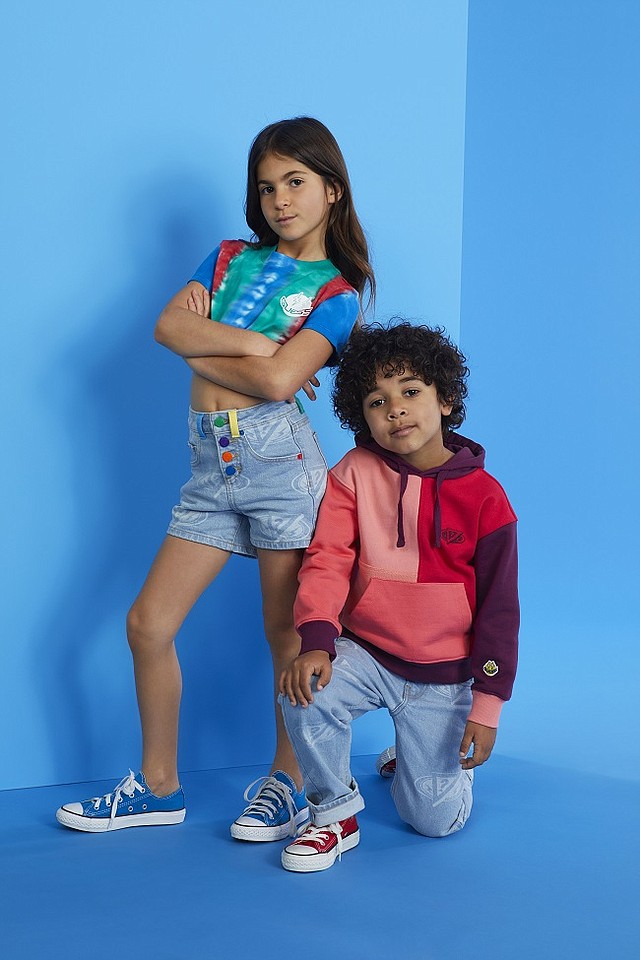 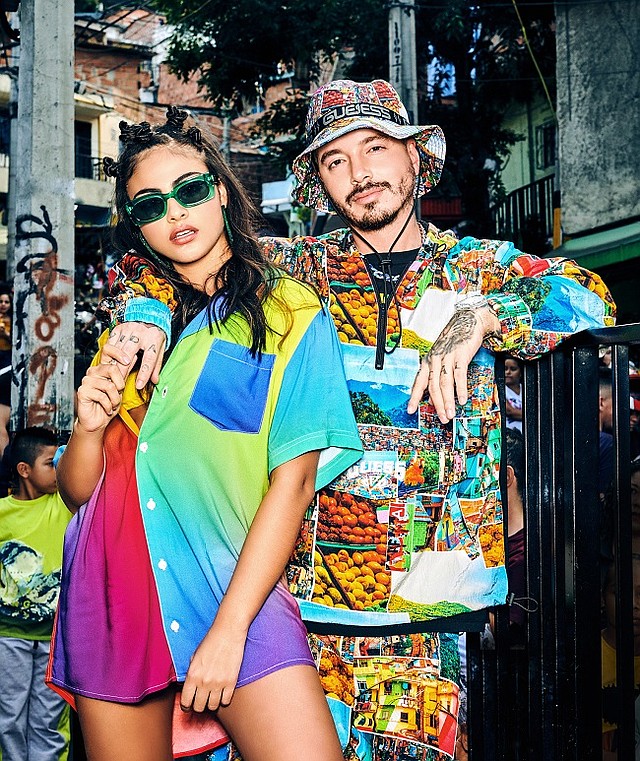 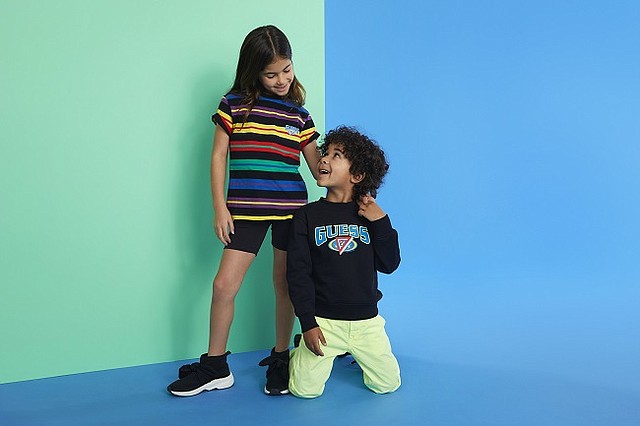 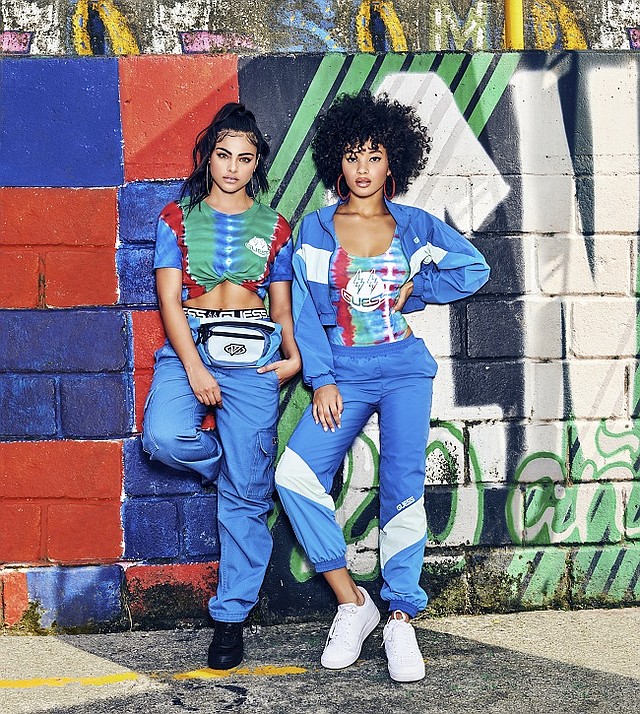