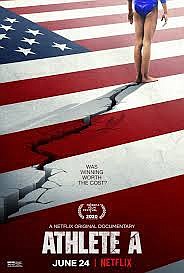 Jen Sey, senior vice president and chief marketing officer for Levi Strauss & Co., achieved prominence through her work with the San Francisco-headquartered denim giant. She also recently added the distinction of documentary producer to her resume. 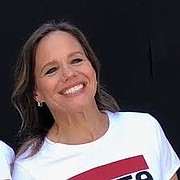 Her documentary, "Athlete A," was released on Netflix this week. It covers one of the biggest scandals in sports history. USA Gymnastics failed to protect young female athletes from sexual abuse from Dr. Larry Nassar.

The documentary covers the story of how gymnast Maggie Nichols suffered abuse from Nassar. Nichols and others broke the silence on Nassar’s abuse of at least 250 young women and girls. They helped bring Nassar to justice. He was sentenced to 60 years in federal prison. In 2018, Nichols and other survivors were awarded the Arthur Ashe Courage Award for breaking news of the scandal.

Sey has deep roots in this story. She was a Woman’s National Gymnastics Champion in 1986. In 2008, Sey wrote the book "Chalked Up: Inside Elite Gymnastics’ Merciless Coaching, Overzealous Parents, Eating Disorders, and Elusive Olympic Dreams," which was published by William Morrow, an inprint of Harper Collins.

Like the documentary, the "Chalked Up" tells a truth about competitive gymnastics, Sey said.

“There are those who believed my own personal struggles, my own unhappiness colored my view and therefore painted an unnecessarily negative and critical picture of gymnastics," she said. "The opposite is true. The sport left me with emotional and physical traumas. I laid them bare in this book. And despite the public threats and excoriation, I was redeemed and found peace in asserting the truth once and for all.”