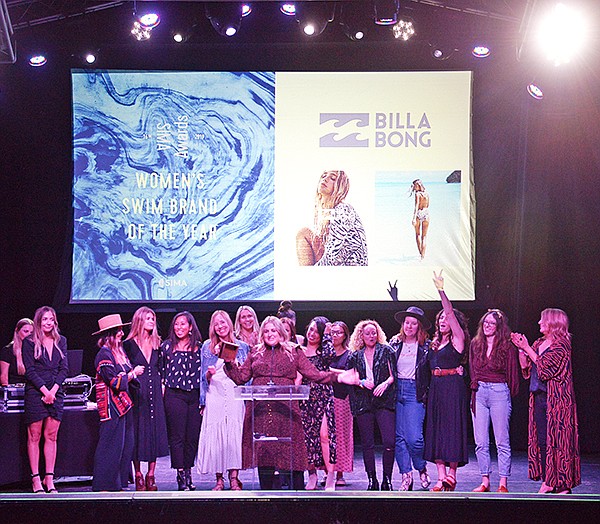 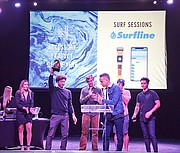 The Billabong brand took trophies for three of the significant categories in the 16th SIMA Awards, the surf industry’s premier awards show.

The show was produced March 11 by the trade group Surf Industry Manufacturers Association at The Observatory nightclub in Santa Ana, Calif., located just a few miles away from Billabong’s offices at Boardriders Inc. in Huntington Beach, Calif.

Billabong has been a leading surf brand for more than 40 years, and it has been on a hot streak recently, according to Patrik Schmidle, president of ActionWatch, a market-research company that focuses on action sports. 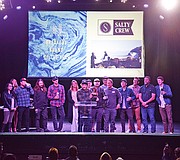 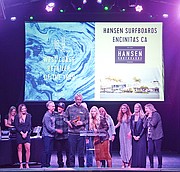 “Billabong has been on a run for several years,” Schmidle said. “It’s a well-oiled machine that integrates great design, product development, merchandising, storytelling and a go-to market support for specialty retail.”

The show’s Breakout Brand of the Year honor is reserved for emerging brands. Salty Crew, a subsidiary of Globe International, was the recipient of this year’s award. Others nominated included Buell Wetsuits, Otis Eyewear, Simbi and Sisstrevolution.

Independent brand Roark was honored with the trophy for Men’s Apparel Brand of the Year. Ryan Hitzel, Roark’s chief executive officer, accepted the award surrounded by his staff. In his acceptance speech, he urged audience members to take inspiration from some of the pioneers of surfwear such as Jack O’Neill, Bob McKnight and Bob Hurley.

“I want to encourage all of us to try and be different and go into our heritage and spirit and take everything you can to make great product so consumers will fall in love with us,” Hitzel said.