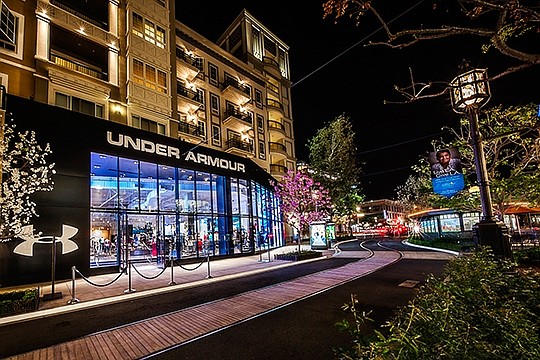 Store closures and reduced hours are some of the ways retailers have responded to the COVID-19 pandemic as leaders of two of the most influential trade groups urged consumers to be mindful of the virus’s issues when they shop.

Matthew Shay, president and chief executive officer of the National Retail Federation, and Brian Dodge, president of the Retail Industry Leaders Association, made a joint statement on March 15 in which they urged the public to “shop responsibly.”

They also urged the public to not stockpile products. “Hoarding products only contributes to the fear surrounding the virus, and any hoarder acting with malicious intent to drive up prices on a secondary market should be prosecuted to the fullest extent of the law,” they said.

The statement was released before some specialty retailers announced that they would temporarily close stores to blunt the spread of the pandemic. Under Armour announced that it would close all of its 188 North American stores from March 16 to March 28.

Vans parent company VF Corp. announced that it would close its corporate and brand offices, as well as all of its retail stores, until April 5, said Steve Rendle, VF’s chairman, president and CEO.

“The decision to close our retail stores, as well as our corporate and brand offices in North America, is the responsible thing to do to help mitigate the spread of the virus through social distancing,” Rendle said. “We will continue to monitor this situation closely and follow the guidance of global health professionals to ensure we’re doing our part to flatten the curve of newly confirmed cases.”

Columbia Sportswear Company also announced that it would close its stores through March 27. Tim Boyle, Columbia’s chair, president and CEO, encouraged consumers to shop through the company’s digital-commerce channels. He also noted that his company would offer catastrophic paid leave for employees most affected by the virus

On March 16, Erik and Pete Nordstrom announced the two-week closure of their family's luxury department stores in the United States and Canada, beginning on March 17. In an announcement made on the Nordstrom website, the brothers' joint statement outlined how they planned to support their employees.

"We realize the impact a closure can have on our store employees, and this is not a decision we made lightly," they said. "We want to take care of them as best we can and will be providing them with pay and benefits during this two-week period as well as providing additional resources to help them through this challenging time."

Other retailers, such as Macy’s, remained open. The department-store chain hired additional cleaning staff for each location. The extra staff would be able to more frequently clean the most heavily trafficked areas of stores such as entrances, customer-service stations, checkout stands, restrooms, escalators and elevators, said Jeff Gennette, Macy’s Inc.’s chairman and CEO, in a March 12 statement.

He also said that store staff infected with the disease will be self-quarantined and receive compensation for a two-week period.

Prominent retail center South Coast Plaza in Costa Mesa, Calif., notified shoppers March 16 that it would close for a period of two weeks, and will reopen March 31. However, most of the center's major department stores would remain open, according to a message on the shopping center's website.