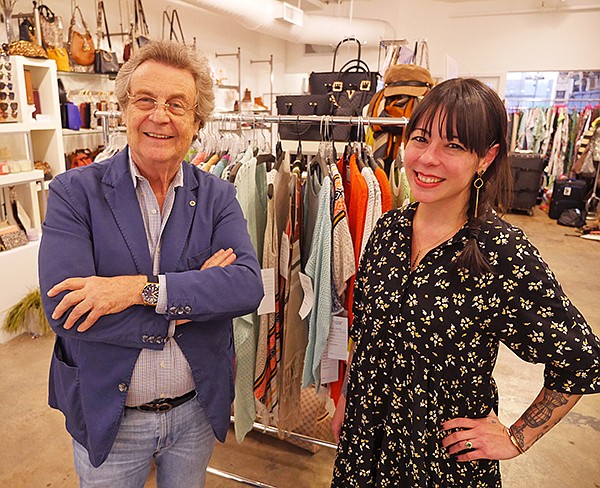 With the cancellation of the April Amsterdam edition of Kingpins earlier this month, it seemed to be only a matter of time until other apparel-industry event producers would begin to consider doing the same in the United States to help thwart the spread of COVID-19. As a final push before shelter-in-place mandates were implemented in certain cities, along with the closure of entertainment venues, bars and restaurants, L.A. Market Week turned out to be a final buying opportunity during its March 8–11 run. Not long after the event’s close, an announcement was made by the California Market Center in Los Angeles that it would bypass the April 1–3 Majors Market.

Originally planned to take place May 12–14 in Atlanta, Ga., sibling Messe Frankfurt–produced shows Techtextil North America and Texprocess Americas were canceled, with next editions scheduled for Dec. 15–17 at the Georgia World Congress Center in Atlanta.

On March 12, the International Market Centers, which was scheduled to host its Atlanta Apparel event April 14–18, announced the next market would be June 10–13. In addition, all other shows that had been planned for dates through May 5 were also canceled until their next editions. IMC Chief Executive Officer Bob Maricich extended well wishes to his industry peers through a statement.

“We hope that this pause in our market schedules will ensure the safety and allow for the normalcy to return to our industries,” he said. “In the meantime, IMC_di, our newly formed digital-innovation division, is exploring digital solutions to help our customers stay in contact while the physical market schedules are in flux.”

Following this statement of commitment to optimizing IMC_di during this challenge to the industry, on March 18, IMC announced new hires of professionals to cultivate this new digital tool. These appointments included Marisa Garcia as the senior director of customer success, Andrew Meeks as the director of marketing and, as a consultant, Mary S. Moore, who owns Atlanta’s Cook’s Warehouse stores.

On March 12, Jeremy Buonamici, CEO of the Dallas-based Fashion Industry Gallery, released a statement regarding the cancellation of the market that was on the calendar for March 25–27. The organization’s next market will be held June 24–26.

The following day, on March 13, the Dallas Market Center announced the cancellation of its March markets and April Design Week, but event organizers revealed new dates for the next Apparel & Accessories Market and Dallas Western Market, which have both been scheduled to take place June 2–5.

A few days later, organizers from the Dallas Fabric Show, which was on the calendar for March 25–26 at the Dallas Market Center, revealed that this edition of the show would be canceled until the show’s next edition.

Originally set to host their event March 31–April 1 at the Fort Mason Center, CALA organizers Gerry and Robert Murtagh announced on March 16 that the show would be canceled until its next edition.

“Regarding the ever-increasing developments of COVID-19 and on the advice of the Centers for Disease Control and Prevention, we have made the difficult decision to postpone the April CALA San Francisco show until June,” they said in a joint statement. “We apologize for the inconvenience this will cause; however the health and safety of our buyers, exhibitors and staff are of the upmost importance, and we feel this step is absolutely necessary to help mitigate the spread of COVID-19.”

On March 17, The International Fashion Jewelry & Accessories Group announced the cancellation of its upcoming show, which was scheduled to take place in Orlando, Fla., May 13–15 at the Embassy Suites By Hilton Orlando.

After 28 shows, the Guatemala City, Guatemala–based Apparel Sourcing Show was canceled after its producer, the Apparel and Textile Association in Guatemala (VESTEX), made an announcement that the May 12–14 event at the Grand Tikal Futura Hotel and Convention Center would not occur. The 29th installment of the show will now take place in 2021.